How Do Some Runners Defy Age? 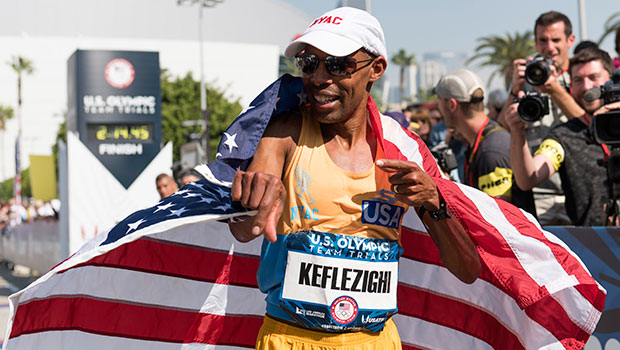 In early October, Kathy Martin, a realtor from Long Island, traveled upstate to run a 5K race. She did well, finishing in the top 25 overall and winning her age group, averaging a speedy 6:26 per mile.

When she crossed the finish line in the Syracuse Festival of Races on Oct. 2, she had completed the fastest 5K ever run by a woman 65 or older, beating the previous record—held by Janet Stevenson of Scotland—by seven seconds. Martin’s race was age-graded at 98.95 percent; 90 is considered world-class.

Martin’s résumé includes more than one great race. She is unbeaten in her age group worldwide and holds a slew of age-group world records. She even stars in her own Nike commercial.

She’s also part of a growing trend of older distance runners who continue to find remarkable success even when science says they should be slowing down.

Most famously, Meb Keflezighi and Bernard Lagat are among the United States’ best distance runners—including in the most recent Olympics—despite each being 41 years old. Briton Jo Pavey is the reigning European champion at 10K, a crown she won at age 40. There are dozens of other examples, men and women, in the United States and abroad.

And yet, there’s little dispute in scientific literature: endurance athletes tend to peak at around age 35, when their aerobic capacity decreases, they lose muscle mass and elasticity, their metabolism slows (thus making it harder to stay fit), their max heart rate decreases, and they become much more likely to suffer illness and injuries. It’s believed that running speeds and aerobic capacity decrease by as much as 1 percent a year once you hit your mid-30s, perhaps even faster once you reach 70.

So how are Martin, Meb, and other athletes like them, continuing to run at an elite level even when their age says they shouldn’t?