Can Strength Training (Really) Make You a Faster Runner? 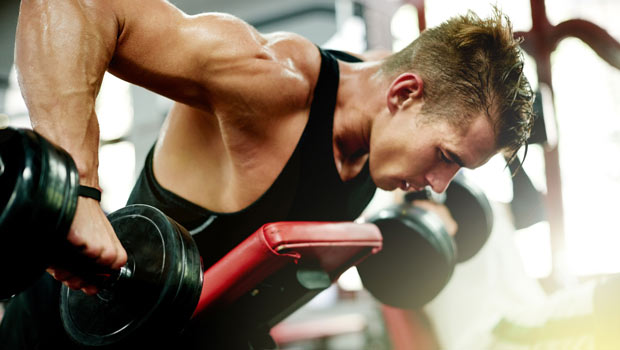 Much has been written about strength training for runners—with articles describing every kind of exercise from lunges while holding dumbbells and calf raises to endless abdominal crunches and core training on a big, lime stability ball.

A stronger core aside, have you ever wondered if these training suggestions will really lead to a faster 5K or marathon?

Endurance training and strength training may actually cause muscles to respond in the opposite way.

Unlike most sports, which require strength, speed and power, distance running is primarily limited by the delivery and use of oxygen. There are no studies proving that strength training increases the supply of oxygen to your muscles and heart. Oxygen wouldn't recognize a dumbbell if it were hit on the head with one.

While some studies have found that strength training may help improve the performance of inexperienced runners with a low fitness level, other studies have shown it to be ineffective. If you do your strength training at a gym, it's reasonable to assume that between driving back and forth, the time spent in the locker room, and the workout itself, it takes you about 1.5 hours. If you strength train three times per week, that's 4.5 hours per week you're spending going to the gym. Depending on your pace, you can run an extra 25 to 45 miles per week in those 4.5 hours. And those extra miles will more likely have a direct impact on your 5K or marathon performance than the strength training.

Perhaps you're thinking, "If I strength train, won't that help prevent injuries?" That's the million-dollar question. So far, research has not shown this to be the case. Unless you have a documented muscle strength imbalance that needs to be corrected, strength training will not likely prevent running-related injuries because running-related injuries are not caused by lack of strength.

Strength training may hinder your running performance because the physiological changes resulting from strength and endurance training are contradictory.

It's also possible that strength training may hinder your running performance because the physiological changes resulting from strength and endurance training are contradictory. For example, when the volume and intensity are high enough, strength training stimulates muscle fiber hypertrophy (growth in muscle size). This may increase body weight, which increases the metabolic cost of running. Larger muscles also have a smaller density of capillaries and mitochondria, which is detrimental to endurance.

Endurance training causes muscles to respond in the opposite way by increasing the number of mitochondria and capillaries to facilitate the use of oxygen. Endurance training also decreases body weight, which improves running economy—the amount of oxygen you use to maintain a given pace. Lastly, strength training has a "pressure effect" on the heart, causing a thickening of the wall of the left ventricle. Endurance training has a "volume effect" on the heart, increasing the inside dimensions of the left ventricle so it can maximize its stroke volume and cardiac output.

Research has shown that power training, either with very heavy weights or plyometric exercises, can improve endurance performance by improving running economy. For example, two studies had subjects perform lower body exercises using heavy weights—greater than 85 percent of one-rep max, the maximum amount of weight that can be lifted once—with fast speeds for three to four sets of five to six repetitions. In another study, a group of highly-trained runners who added nine weeks of plyometrics to their run training improved running economy and leg power more than did a group that only ran.

In yet another study, one group of runners combined their endurance training with plyometric exercises—five to ten reps of 20- to 100-meter sprints and jumping exercises—and lower body weight training with light weights (0 to 40% one-rep max) lifted quickly, while another group did only endurance training. Only the runners who did both the plyometric and endurance training improved their running economy and 5K time. Power training, which improves the rate at which your muscles produce force against the ground, may improve running economy, allowing you to run faster.

None of the studies using either heavy weights or plyometrics found changes in other cardiorespiratory measures important to distance running, such as VO2max or lactate threshold. This is an important finding because it suggests that the improvements in running economy don't result from cardiovascular or metabolic changes, but rather from some other (probably neural) mechanism.

Should You Strength Train?

Most runners, unless they are highly trained and have maximized their run training, don't need to strength train to improve their performance. That doesn't mean you shouldn't strength train. But it's not necessary unless you have either already maximized your run training (by increasing both volume and intensity), you cannot handle the physical stress of running more miles without getting injured, or you have reached your genetic limit for adaptation to your run training.

In any of these three cases, power-type strength training with weights and plyometrics may be the next step in your training program.