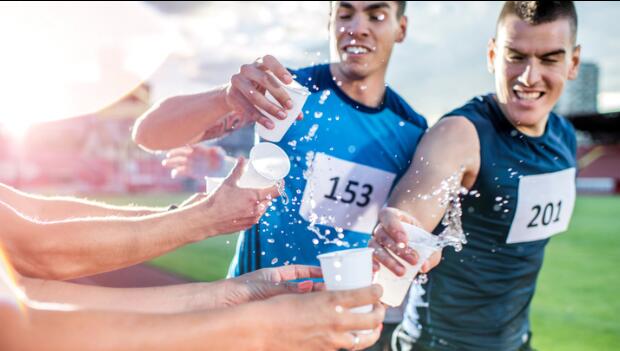 It's strange, isn't it? The marathon is clearly the least-forgiving of all popular race distances, and yet runners probably make more mistakes preparing for this event than they do for all other competitions combined.

The majority of runners can prepare for a 5K or 10K without major difficulty, but a variety of problems pop up almost as soon as they begin getting ready for a marathon. These troubles range from feeling tired and performing poorly to being truly overtrained, and they include the possible development of a painful, serious injury which thwarts training or even stops it completely.

Few competitors enter a marathon in optimal physical condition, and many never make it to the starting line because of fatigue, illness or physical breakdown. Those who do manage to hear the starting gun often sabotage their own efforts during the race by doing something really silly.

True, part of the problem is the race itself; the marathon presents some unique challenges. First, it's important to complete some very long runs as you prep for a marathon, a practice which isn't necessary for the 10K and 5K. Optimal carbo-loading is essential before a marathon, too, whereas fairly normal eating can get you through the 10K and 5K just fine.

In addition, your muscle-glycogen stores nearly vanish during a marathon, something which doesn't happen in the 10K and 5K (unless you are following a weird, low-carb diet).

You must guzzle sports drink during the marathon, also, but such imbibing is superfluous in the 10K and 5K. If you drink too much water while running a marathon, you might become hyponatremic. On the other hand, if you drink too little you may become dehydrated (the risk of hyponatremia in a 5K or 10K is non-existent, and the chances of dehydration are exceedingly low).

Finally, your efficiency of movement drops during the marathon, making your effort feel much harder; this usually doesn't take place over 5,000 or 10,000 meters. As you can see, the marathon presents a variety of unique obstacles which must be overcome if you want to run your best-possible race.

So, what should you do to move through your marathon training program without major mishap? How can you run a PR race on the anointed day? The key is to avoid the 11 most common marathon mistakes. These goof-ups represent the key reasons why marathoners often end up with disappointments rather than personal records.

Fortunately, you can avoid the mistakes rather readily, and doing so will improve your marathon performances dramatically.

1. Most marathoners don't have the right time goal. In August of last year, I was chatting with a very likable fellow who was training for the Chicago Marathon. When I asked about his goal time, he smiled confidently and said, "I'm shooting for seven minutes per mile." However, further discussion revealed that his current 5-K time was 24:48!

With just six weeks left before Chicago, it was very doubtful that he would be able to run a full marathon at a tempo one minute per mile faster than his best, current 5K!

While this example may seem slightly ridiculous, it's simply the outer edge of a very common phenomenon. Marathon entrants need to realize that if they train correctly their marathon pace will be about 48 seconds per mile slower than current 5-K capability, 32 seconds slower than 10-K pacing, and 16 seconds more lethargic per mile than half-marathon clocking. These shorter races can all be used to set a proper, realistic marathon goal speed.

2. Most marathon runners fail to fold goal-pace running into their long runs. As incredible as it seems, many marathoners perform their long runs at a specific, slower-than-goal pace and then expect to complete their marathons at a tempo which is about a minute per mile faster! This is a bit like preparing to build a 747 jetliner by fooling around with Lego blocks!

Endurance and running ability are always speed-specific; being able to run 26 miles in training at eight-minute pace doesn't increase the likelihood that you'll be able to run the marathon distance at seven-minute tempo--or at any speed faster than eight minutes per mile.

Such non-specific exertion is "magical" training; an athlete is working hard and then hoping that the gods of running will sprinkle magic dust on him/her at the starting line of the race, allowing new talents to blossom.

Far better than a 20-mile run at slower-than-marathon intensity would be a 20-mile effort, with about 10 of those miles at goal pace. Such a training session would permit a marathon runner to see if goal pace was actually feasible, would improve efficiency at goal tempo, and would optimize endurance at hoped-for speed. Believe it or not, these are all good things--and none of them are optimized by long runs at slower-than-goal tempo.