3 Ways to Get Noticed by College Coaches 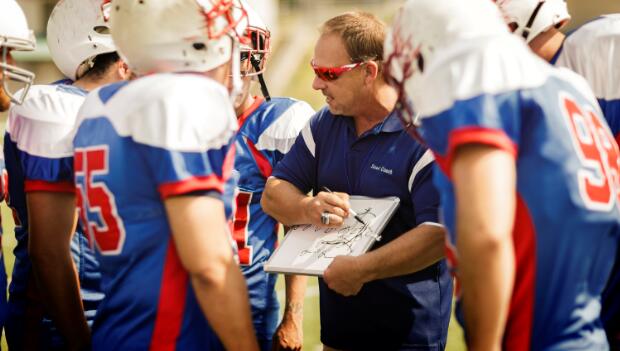 To put yourself in position to land a football scholarship, you first have to know how college football coaches think.

To the college coaches, your statistics on Friday night are only a tiny sliver of their scouting process. Your 129 rushing yards against Bayside High isn't going to be enough for them to offer you a full ride.

What you need to do is get yourself--or your film--in front of their eyes so they can accurately assess your abilities. And it's easier than you may think.

Here are a few ways to do that.

A prominent college head coach from a Division I school revealed an interesting fact when asked about finding diamonds in the rough during the recruiting process.

His said his staff received dozens of recruiting videos a week from high school players all over the United States—and sometimes in other countries altogether.

What does he do with them?

"We look at every single one of them," the coach said.

No matter the talent level of the player, he will at least get scouted by the college head coach by doing nothing more than sending a highlight video to the coach's office.

The coach's reasoning was simple: in the highly competitive world of Division I football, to not even look at what could be a potential sleeper was foolish. So he or one of his assistants would put every highlight video on the screen and have a look--just in case.

It paid off for the coach, too. By coming across a highlight video of an athlete in Canada, he ended up signing a player who would rush for 1,000 yards for him just a couple of years later.

Act now: Get your highlight tape together, and send it out to every school you might be interested in attending. Chances are, they will at least have a look at what you can offer. And what more can you ask for than that?