The 6 Grossest Things About Running 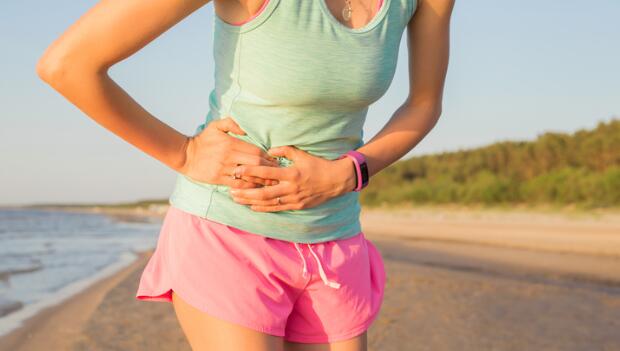 WARNING: The following article is gross, gross, gross. Not for those with weak stomachs. Proceed at your own risk.

I was watching 16 and Pregnant the other day and had to laugh when this week's mom-to-be said her biggest concern in labor was "pooping at delivery."

Throughout my first pregnancy, even though I was a decade older than her, that was also my main concern. People told me again and again not to worry, that I would not be worried about such things when I was pushing my baby out without so much as a Tylenol to dilute the pain.

But guess what? They were wrong. I drank prune juice for weeks before the birth to make sure I was "all cleaned out." The night my water broke, I took three shots of it and refused to go to the hospital until I was "done."

Three pushes in, my baby's softball-sized head was burning like a tiki torch between my legs and yet I was screaming: "Oh my god, please don't let me poop. Honey did I poop? Please tell me if I pooped!"

For the record: I did not.

But I believe this illustrates the kind of woman I am. Yes, I am girly (or as I call it, hygienic) in the extreme. I have a weak stomach when it comes to smells. I like to take showers, apply perfume to my wrists, rub scented lotion all over my body and generally keep all bodily fluids on the inside, and when that's impossible, I like extreme privacy. Generally, if you puke in front of me, you can assume that I will follow suit. I dry heave at the mere mention of the word snot.

As a marathon runner, all that has changed. And yesterday, as I ran the final mile of my 8-mile scale-back run in the driving rain with a near-steady stream of snot dropping from my nose, it occurred to me just why: Because gross things happen when you run.

To name a few:

I remember after my first 5K, wondering why my stomach was cramping. And then it got worse. And worse. Needless to say, I had to take the next day off from work because, well, let's just say, I spared work some yuckiness that day. That day, I had no idea that an intense burst of effort like the one that sustained my first 5K (23:19, baby!) could also divert blood away from the stomach, causing the cramping and pain we know as "runner's trots." Even now, half a decade later, I am still sometimes a victim of this. I can titrate my fluid intake and eat certain meals and keep an even pace and I might still end up with them. At least now, I know what to do for them and I have never had them as bad as that first time.

The other day, I was reading an article in one of my many running magazines that basically said the "snot rocket" was the single most important life skill for a runner. I am not sure I would go that far, but my unwillingness to blow a load of snot out of my nose while moving quickly has cost me quite a bit of discomfort as I sniffle, wish I had remembered a tissue and envy those less easily-queasied who can blow a slimy rocket of snot without wanting to hurl.