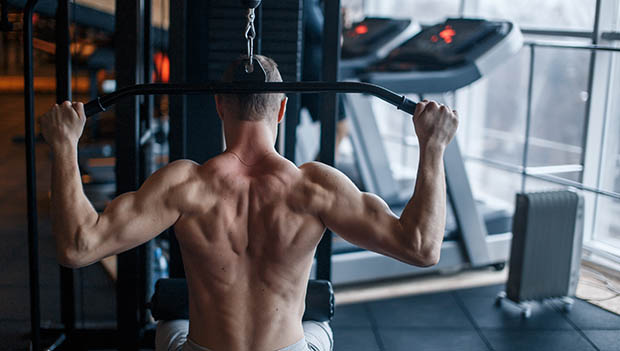 If you spend any time at all in a gym, or even if you routinely browse exercise videos from “experts” on YouTube, you’ve probably seen people doing some things that make you cringe. While it’s easy for the average exerciser to spot a move that looks downright dangerous, there are other habits and exercises - a few that might surprise you - that make the trained eyes of fitness pros clamp shut in horror. We polled top trainers across the globe to learn which exercises you should banish, and which ones to do instead.

“The cardio junkies look like zombies to me, and I can say that because I used to be one,” says Kasey Phillips, a personal trainer and MoveMEANT coach in Rocklin, Calif. “They hop on the same machine and zone out to some TV drama or get lost in their thoughts instead of engaging with their workout.”

Pam Sherman, owner of The Perfect Balance in Roseville, Calif., and certified trainer for over 24 years, agrees. “Many people at the gyms I've worked at over the years want to lose weight and don't ever get out of their comfort zone. I see them on the elliptical, bike or treadmill not breaking a sweat, not challenging themselves and staying at an easy level.”

Phillips suggests mixing in other forms of exercise, like weightlifting, Pilates or yoga, but on cardio days she suggests you cycle through different forms of cardio equipment: “Use the bike one day, then the treadmill, then the elliptical.”

Sherman recommends ditching the steady-state work altogether and turning up the intensity: “Doing a HIIT workout (15 to 30 seconds of medium hard to hard intervals) would cut their total time down by a lot, as well as be a more effective workout for weight loss.”

Many trainers agree that standard crunches and sit-ups are ineffective and often dangerous for the lower back, but two of our experts said that virtually all ab exercises make them cringe.

“Most complex lifts involve some core engagement, so it’s really unnecessary to train the core on its own,” says Jack Craig, trainer with Inside Bodybuilding, based in Melksham, England. “Doing too many planks, crunches or sit-ups can also aggravate other issues in the back or obliques.”

Jake Harcoff, head coach and owner of AIM Athletic in Vancouver, British Columbia, agrees: “A lot of the abdominal movements I've seen in the gym completely miss the mark, and in some cases don't even target the abdominal muscles as intended.”

Harcoff says that to target the abs effectively, you have to prioritize form over reps. “When doing any sort of ab movement, whether a crunch or a leg raise, think about forcing the lower back on the floor throughout the entire movement. I can guarantee you'll get a totally different feel and more of a burn doing them this way.”

Craig recommends ditching ab exercises altogether in favor of those complex exercises he mentioned. Some good options include heavy front squats, farmers carries and standing overhead presses. Craig also warns to start with light weight and make sure your form is perfect when lifting anything overhead before going heavy.

Pressing or Pulling Behind Your Head

Tyrone Minor, longtime certified trainer and owner of The Fit Lab in Falcon Heights, Minn., cringes every time he sees someone moving weight behind their head. The lat pull-down and military press are the two culprit exercises here, and Minor says, “These are basically a shoulder injury in the making.”

He assumes people do lat pull-downs behind their head in an effort to engage the lats more, but he says any advantage is minimal while the risks are major. “People don’t realize the stress they’re placing on the cervical spine and the shoulder,” he says, also noting that the same is true of the military press, “especially with a barbell, where there’s a fixed range of motion.”

For the military press, Minor recommends using dumbbells for a couple of reasons. First, “dumbbells allow for a more natural movement pattern,” which doesn’t compromise the shoulder joint the way a barbell—especially coming down behind the head—can. “It also adds the isolateral (each side working independently) component, and it’s important to do movements that force both arms to work equally.”

In the case of lat pull-downs, someone working out alone at the gym has an easy fix available to them. “Simply pull that bar down in front toward the collar bone,” Minor says. But to really engage the lats, he has his clients dead hang from a bar, with part of their weight supported by a heavy resistance band, and then only engage their lats—not bending their elbows at all. “This cues people to engage the lats, and as they progress into pull-ups or lat pull-downs, they’ll use those muscles rather than relying primarily on their arms.”

You might be surprised to see this exercise on our list because it’s actually a favorite for many trainers. The trouble, however, is not with the lift itself, but the way most people do it. “Simply put, this is one of the best exercises you can perform in the gym if your technique is great and you spend time learning the skills required to perform it correctly. Unfortunately, 90% of people don’t know how to perform it precisely, as it’s a very complex movement,” says Brett Durney, personal trainer and co-founder of Fitness Lab in London, England.

Craig agrees. “I absolutely loathe seeing people deadlift with poor form. If someone rounds their back while lifting, it puts strain on the spine and is a surefire way to cause a herniation.”

Since the deadlift is such a unique complex move engaging multiple stabilizing and moving muscle groups, there’s not a substitute exercise. So if you want to reap the many benefits of this powerful lift, follow Craig and Durney’s advice. “The lifter must have solid form with their back in a straight line,” Craig instructs. Durney went a step further, recommending that you “take professional guidance from a coach to learn the skill and also allow time to practice with lighter weights (bumper/technique plates) first.”

Maybe the biggest complaint from all the trainers we polled were “cheater reps”—using momentum or incorrect form to complete a lift. “I cringe when I hear people grunting, groaning and dropping weights when they ‘complete’ their last rep. That is an indication to me that the weight they’re using is too heavy for the exercise they are attempting to do,” Kasey Phillips says.

While this is true of any exercise you do, Kawan Karadaghi, a San Diego-based trainer, called out quarter- or half-rep squats and kipping pull-ups as his least favorite “cheater” moves. He told us that with half-rep squats, “some people say, ‘I’m protecting my back.’” To which he replies, “Don’t squat if it hurts your back!” For kipping pull-ups, he says, “I don’t know what’s worse, using momentum to do a pull up or having a weak back? Hmm. How about both?”

Phillips’ advice is simple. “If you are grunting, groaning and dropping your weights, decrease the amount of weight you use until you can master the movement at that weight, sans accompanying soundtrack. Once you have control through the full range of motion and the last couple reps are no longer challenging, increase the weight.”

Rather than half-rep squats, Karadaghi says, “Do lunges instead. Lunges engage the quadriceps while removing the load off the spine. They also engage the Gluteus Maximus more and help strengthen legs individually, helping to correct muscle imbalances in each leg.” And instead of kipping pull-ups? “Use the Priority Principle by performing pull-ups as your first exercise when your strength stores are fresh.” If you’re still not able to do any with good form, use an assist machine or a heavy-duty band to help you.

Now that you know which exercises to avoid and which ones to do instead, you’ll be ready to crush your next gym session.

READ THIS NEXT: The 13 Worst Fitness Tips We’ve Ever Heard