Can Too Much Exercise Make You Sick? 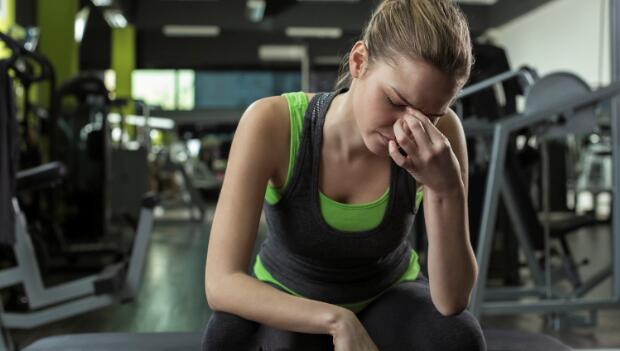 A common perception exists that overtraining or participation in lengthy endurance type events will cause athletes to become ill. In fact, results from a survey conducted by the Gatorade Sports Science Institute show that nearly 90 percent of 2,700 high school and collegiate coaches and athletic trainers believe that overtraining can compromise the immune system and make athletes sick.

But can too much exercise really make you ill? A study conducted at the Los Angeles Marathon reveals that this may be the case. Results show that:

But regular moderate training also appears to provide protection against colds. Eighty percent of fitness enthusiasts, for instance, reported in a recent survey that they have fewer colds than their inactive peers.

So what's a coach to think?

Too Much Exercise Suppresses Immune Function

Although moderate exercise may help protect athletes from sickness, training for too long at too high an intensity appears to make athletes more susceptible to illness.

Laboratory research shows that athletes exercising at a high intensity for 90 minutes or more experience a steep drop in immune function that can last up to 24 hours. The drop in immune function appears to be caused by the elevation of stress hormones released during and following heavy exertion. This is what exercise immunologists believe allows viruses already in the body to spread and gain a foothold.

Rest or Exercise When Sick?

Here are some exercise guidelines to follow if an athlete is sick. Remember to always consult a physician if there is any doubt about an athlete's safety:

If the symptoms are from the neck up (e.g., nasal congestion from the common cold), moderate, supervised exercise should be acceptable.

When symptoms are spread throughout the body, such as a fever, chills or muscle aches associated with the flu, the safest approach is to avoid all exercise until the symptoms are completely gone. At that point, a slow return to a normal exercise routine should be followed.

Never attempt to "sweat out" a feverish illness with intense exercise. In some athletes, exercising when sick can lead to a severely debilitating condition known as post-viral fatigue syndrome. Symptoms include weakness, increased fatigue, frequent infections and depression and can persist for several months or even years.

Based on current knowledge, good immune function can be maintained by eating a well-balanced diet, drinking plenty of fluids, keeping life stresses to a minimum, getting adequate sleep, training at the appropriate intensity levels and allowing enough time for recovery from exercise.

While some athletes have robust immune systems that can handle substantial training workloads, others may break down at much lower levels. With the help of their coach, each athlete should find their own training threshold and avoid pushing into the zone of immune suppression and increased rates of sickness.

To lower the risk of immune suppression and sickness, athletes should follow these practical recommendations:

David C. Nieman, Dr. P.H., is a professor in the department of health and exercise science and the director of the human performance laboratory at Appalachian State University in Boone, N.C.