The Best Cross-Training for Runners 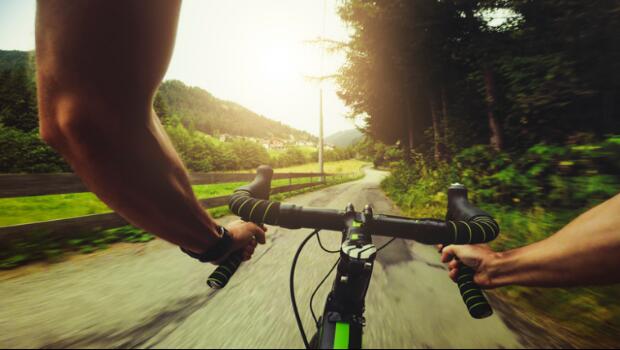 Conventional wisdom says all training is specific-you improve the skills you practice. Runners, then, improve endurance with regular long, slow runs, and improve speed with periodic spells of faster running. Yet most dedicated runners who train for an occasional triathlon don't seem to hurt their running. What's more, some trainers and coaches recommend cross training for runners. They feel one-sport runners often are in poor skeletal shape above the waist, and could use additional workouts for better overall fitness. Secondly, they believe that running less and spending the time saved on other sports reduces the risk of the impact injuries associated with running.

But then there are the other trainers and coaches who stick to the old "training is specific" concept; runners should run, and cross training won't improve their running.

New research, however, has put more credence into the cross training theory. Weight lifting and using resistance machines has become increasingly universal for many athletes. Football players strive for maximal strength with resistance training. Many basketball players use the weight room, and an increasing number of baseball players pump iron. And when Martina Navratilova had the ambition to become number one on the women's tennis tour, she added weight lifting to her training (she also is an accomplished basketball player and skier).

Improved muscle strength allows athletes to develop more power, and evidence is beginning to appear that it reduces injury risk. But is this universally true? Cross training increased the injury rate in one group of women's collegiate swimmers, according to a study led by Edward McFarland, M.D., at The Johns Hopkins University in Baltimore.

So what's a runner to do? Keep training on roads, track, and trails, or supplement running with other activities? Let's look at the clues, and see if we can come up with a good answer.

One of the first pieces of evidence that another sport could improve running came from Tom Miller, M.S., when he was a Ph.D. candidate at the University of Utah. Miller had runners warm up on a stationary bike at low tension. Then they increased the tension until the wheel would barely turn. Next, the athletes stood up on the pedals for two bursts of high power pedalling for 30, 45, 60, 45, and 30 seconds. Between each power burst, the tension was lowered for recovery spells. All runners who used this training method a couple times a week for six weeks improved their 10K times; some even had PRs. High-power bike intervals work your leg muscle even harder than uphill running, but without the impact of hard running.

Weight training can improve running economy, according to a study by Ron Johnston, M.S., a graduate student, and accomplished ultra-marathoner, at the University of New Hampshire in Durham.

Female runners training more than 20 miles a week included weight training three times a week for 10 weeks. These runners then performed treadmill tests at 6:30, 7:00, and 7:30 minutes per mile. They used 3.8 percent less oxygen at the fastest pace, increasing to 4.0 percent and 4.5 percent at the slower paces. A control group of runners who did not weight train showed no improvement in oxygen use. Improved running economy means you can run faster with the same oxygen uptake. These levels of improvement could clip a couple of minutes off 10K times.

Although the weight trained runners gained an average of 24 percent in upper body strength and 34% in lower body strength, their body composition didn't change. This means it wasn't bigger muscles that led to improved running economy. What was it? At present, we don't know.

You can walk a lot farther than you can run. Although about 15 years ago runners tried to avoid walking, with the onset of the Jeff Galloway Marathon Training Program, walking has become an integral part of marathon training for some. Galloway suggests that for every four to seven minutes of running, you walk for a minute. (The slower your pace, the more often you take a walking break.) He says this stretches your endurance levels and allows you to push back the wall.

Another way to use walking to build endurance is to set a time goal and work backwards. Say you run a 10K in 50 minutes. It's reasonable to assume you could do a half marathon in a little less than two hours. That said, you can build your endurance by running/walking for about two hours every other week. At first you'll want to run for 10 minutes, then walk for one minute, and continue with this pattern. But as the weeks progress, wean yourself off the walking and replace it with running. If you exercise for the same duration, but continue to increase your intensity, you'll soon be running the entire half-marathon distance.