How to Make Your Own Energy Gel 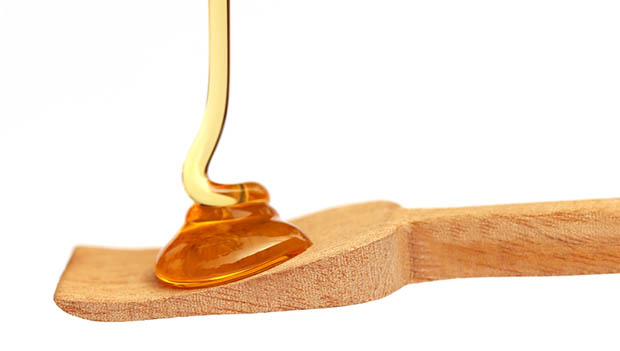 I'm a regular guy who likes to ride, race and tinker with mountain bikes. I also have the urge (since childhood) to take stuff apart to see how it works. Usually this behavior has helped me accumulate a good deal of worthless broken stuff. But one day, while cycling with my buddy Dave, my curiosity turned to goop. Specifically, PowerBar Gel and GU.

Dave and I are the kind of guys that ride really hard. I don't think there's been an occasion where we decided to just take the next ride slow. Anyway, we usually down a few packets of energy gel on every ride. At about a dollar a pop, it doesn't take long until we realized the cost of all this. So one day on the trail, as I glanced at the ingredients of these parcels of fuel, I thought, "There's got to be a way to make this from scratch."

Skip to the recipes.

I'm at the local farmer's market buying Clover honey because of its reported benefits for combating allergy symptoms. I find a press release from the National Honey Board about a study showing positive results for use of honey as compared to other carbohydrate sources when used during competitive athletic training. That kind of stuck in my brain for a while.

So one rainy day later I was taking apart my PowerBar Gel. The packages are labeled with a wealth of information. Listed are the ingredients on the pack and the "Nutrition Facts" charts. In general, the important stuff in PowerBar Gel are the 25 grams of carbs, 45 milligrams of sodium, 35 milligrams of potassium, and the vitamins C and E.

The United States Department of Agriculture does a good job of getting those nutrition facts into their database. They actually have every food in the U.S. online at usda.gov. You can peruse and compare the nutritional content of Peanut Butter Cap'n Crunch versus Count Chocula if you like. My interest in their site was the abbreviated food database that I could download in a Microsoft Excel format. This document is the key to getting the nutritional content of any possible mixture of foods.

The first food item I looked up in the database was honey. Surprise! It has a bunch of good carbohydrates and vitamins in it. Honey alone is nutritionally very close to my goal of homebrew power goop, but it lacks a bit of sodium and potassium. So where can I get a good source of potassium? Mush up a banana? Maybe some nuts?

Suddenly, I find that molasses has a ton of potassium. If you can find blackstrap molasses, it has even more! As for the sodium, I'll just add some salt. So out of my research, I developed the following recipe.