George Hincapie's Inside Look at the Tour de France 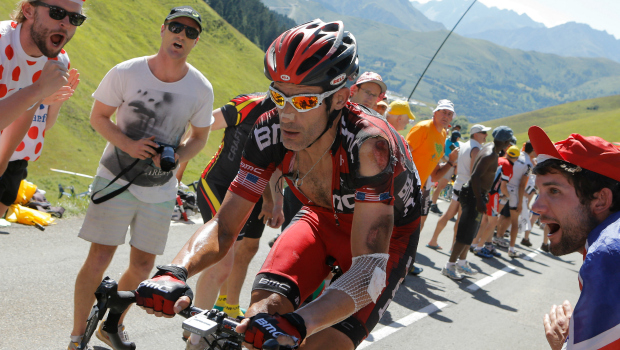 The Tour de France is rolling through its first week, and like every other cycling fan I love being a spectator. But while the Tour clicks off for us at the conclusion of daily TV coverage, for riders it's an all-consuming, around-the-clock vortex of routine and activity.

The days are long--stages start around noon or 1 p.m., so the first order is to get as much sleep as possible. After meeting for breakfast, riders sometimes see a therapist to get aches and pains worked on.

Next, a day bag is packed and the team bus drives to the start, which can sometimes be an hour or two away.

With numbers pinned on jerseys and the sign-in complete, the peloton rolls through the neutral promenade before picking up the pace. Opening stages often favor sprinters, and while they seem flat on paper, they are equally difficult psychologically.

It's a constant fight for position with general classification riders jockeying along sprint teams to stay at the front and hopefully out of trouble. In some ways, these days are more taxing than the big mountain stages.

Each morning before a mountain stage, the team meets to discuss where intermediate points and King of the Mountain sprints are situated, who should try for the breakaway, who to keep an eye on, where the technical corners or descents are located, what the run-in to the finale looks like and of course the tactics in the big mountains.

Many climbs (like Alpe d'huez and Mount Ventoux) have near mythical status, but several others with less fanfare are equally daunting. The Col de Portillon in the Pyrenees is a perfect example. It's only a category 2 but it's ridiculously hard--stinging the legs going up followed by a technical descent that tests even the best bike handlers.

With the stage complete, it's back to the team bus for recovery food and drinks. I also used to shower on the bus because you'd never really know what to expect of the hotels, which range from two to four stars. Some are a decent size, while others are so small you can't even walk around an open suitcase. Often there is no air conditioning and you get what you get--there are sometimes more people than available rooms in some towns, but organizers do a good job of mixing it up to make it fair for all.

Arrival at the hotel is often as late as 7 p.m., with dinner as late as 9 p.m. Food is super important and controlled by teams, who more frequently now have their own kitchen truck. These trucks are literally rolling restaurants where the team chef cooks in the parking lot and brings the meal to riders post-race. Nutrition is critical in a grand tour as riders burn up to 1,000 calories per hour when the race is on. Having a rolling kitchen enables chefs to craft healthy, tasty food that accounts for certain preferences, allergies and requirements.

Once back at the hotel, riders fit in a massage, return emails and texts from friends and family and head to bed by 11 p.m. Repeat all the way to Paris!