Tight IT Band? 3 Simple Exercises to Fix it Now 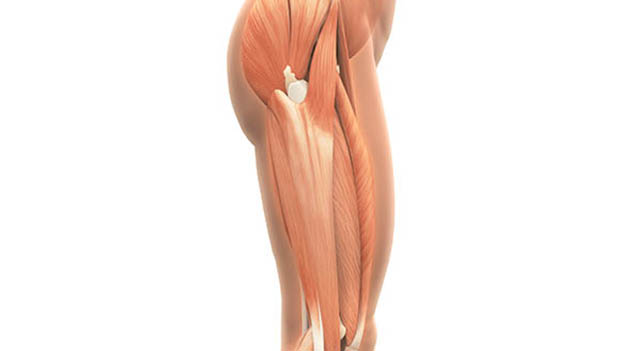 While it is more commonly known as "runner's knee," IT band friction syndrome does not spare cyclists. Symptoms include pain on the outside of the knee, tenderness and sometimes swelling.

If you've been riding for a while, chances are you've experienced it. Here, we take a look at what exactly IT band friction syndrome is, and more importantly, how to remedy the problem.

IT pain is typically associated with prolonged, repetitive activity. But more advanced cases may cause pain when simply walking or going up and down stairs. You may feel stiff or tight after periods of inactivity and especially after prolonged sitting.

The iliotibial band (ITB) is a tendinous and fascial band that originates on the iliac crest (hipbone). It also attaches to the gluteal muscles (your rump) and the tensor fascia latae (TFL). The TFL is the muscle on the outside of your hip that moves your leg outward.

As the ITB travels toward the knee, it narrows and attaches to the outside of the tibial plateau (the top of your lower leg bone) with fibers also extending over to the patella. The band often feels palpably tight and can almost be strummed with your fingers on the outside of the knee.

The syndrome occurs as the band slides across the lateral femoral epicondyle, a bony bump on the outside of the femur. As your knee flexes and extends repeatedly, the band can become inflamed. During a pedal stroke, the band crosses the epicondyle once on the down stroke and again as the knee flexes back to the top of the stroke.

If you consider a cyclist pedaling at a moderate cadence of 90 rpm, that would equate to 180 slides per minute. On a two-hour ride, the ITB will cross the knee 21,600 times!

MORE: 4 Ways to Relive Burning in Your Feet

Many factors can contribute to the problem. One is muscle imbalance, where some muscle groups are tight and others are weak or fatigued. The basic cycling position can feed these imbalances.

Other things that can cause IT band syndrome are alignment and bike fit. Even with good saddle height and position, problems can arise from misalignment of your feet and ankles. People who tend to be bowlegged are often more at risk. However, a more common issue is the person who tends to be a pronator, or flat footed.

Cycling isn't considered a closed kinetic chain activity. (Closed chain activities are weight-bearing exercises or activities where the foot is in contact with the ground.) However, in cycling there is a nearly constant downward force on the pedals. Although there isn't the impact associated with running, there is still a tremendous amount of room for joint movement in the ankle, hind foot and mid foot.

As downward force is exerted on the pedal, the foot pronates, resulting in associated internal rotation and abduction of the hip and knee. This creates increased tension on the ITB and a higher degree of friction.

If foot and/or ankle misalignment is an issue, the problem can often be addressed with a good set of shoe inserts. In severe cases, custom orthotics may be necessary. It is also important to ensure proper cleat placement so the knee tracks properly over the foot and pedal.