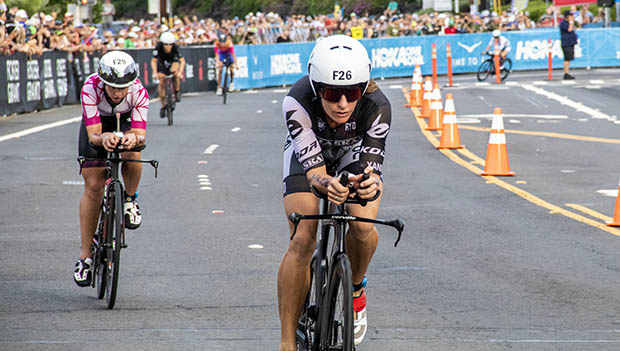 They may be racing in the most well-known triathlon, but that doesn't mean these athletes weren't once just like you—struggling to get through the swim-bike-run and make it to the finish line. Before they raced at the IRONMAN World Championship, they were newbies, intimidated by the swim and doubtful they could actually succeed.

But they've learned a thing or two along the way.

Whether you're just getting started in the sport or shooting to toe the line on the Big Island yourself, take a minute to read this helpful advice from fellow triathletes that have been in the same spot you're in now.

"Sometimes people doubt themselves too much, and they're too afraid they're going to fail, too afraid of what other people think. Set a goal and believe in yourself that you can do it and not being afraid to fail." – Rochelle Arko, single mom and two-time IRONMAN World Championship finisher

"The biggest thing is finding a group of people that support you and are excited about it too. If you have friends and a tribe that can push and motivate you, it makes all the difference. It's an accountability factor." – Remi Williamson, IRONMAN World Championship participant

"We all have bad times out there on the course, but if you can find a smile and keep your positive attitude, that's the biggest thing. When you see people getting down, pretty soon they're done." – Dexter Yeats, oldest female competitor at the 2019 IRONMAN World Championship

Train How You Need to Train

"I train with other friends a lot, but they have their workouts and I have mine. It's about taking care of yourself and doing what you need to do even though it doesn't always involve your friends or your teammates. If you have a goal in mind, you have to focus on that goal. Include your tribe of people that you train with, but also at the same time remember what your goal is." – Arko

Learn From the Wisdom of Others

"Learn from those that have already done the training or qualified for Kona. There are so many layers to triathlon besides just swimming, biking and running. It takes a village to build the foundation to prepare you for an IRONMAN." – Amy Fuhrmann, IRONMAN World Championship qualifier

"Whether Kona is your goal or you're doing a sprint, you shouldn't be out there if you're not having fun. When I'm griping and griping about the training or waking up early, I remind myself that I do this for fun." – Williamson

READ THIS NEXT: IRONMAN Training Plans for All Fitness Levels