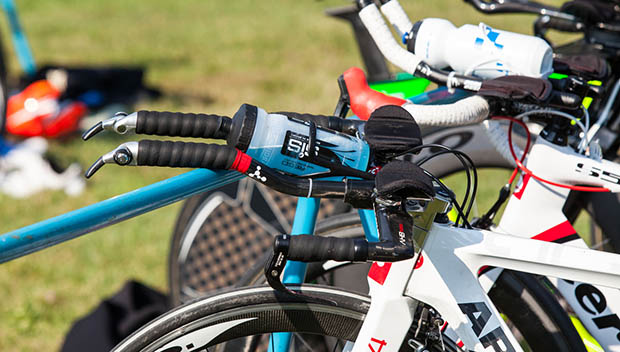 Dave Scott reminisces about his reign on top of the sport, having won six IRONMAN world championships between 1980 and 1987. He recalls eating only bananas and figs on the course, and how his stomach looked like it had a basketball in it by the end of the race.

"In Kona, years ago," Scott says, "We had to wear these shirts that when they got wet, they would elongate. They would go down to mid-thigh.

"I had these five bananas in my back pocket on the bike, and these bananas were hitting the back tire and getting pulverized."

So yes, even the best took some time to figure out how to make nutrition work in their favor. These days, Scott is a motivational speaker and coach based in Boulder, Colorado, and he frequently gives advice in all areas of triathlon training and racing. About half of the questions he receives are related to nutrition.

So, what exactly is it that many triathletes screw up?

"The single biggest issue is that people are taking in too many calories, a lot of times mixed sugars" Scott tells Active.com. "Water is drawn to your GI tract to try to break it down. You want your circulating blood to be in your arms and your legs and not in your gut."