The Sea to Summit is not your traditional multisport race. This is an amazing day which combines the core elements of triathlon with the challenges of an adventure race. With assistance from your support designate, or porter , you’ll swim 1.5 miles, ride 92+ miles then run and climb your way up the tallest mountain in the Northeastern United States. Serious athletes only need apply.

This is not a race for beginners. Required for entry into Sea to Summit is the completion of a non-abbreviated 70.3 distance triathlon in 5:45 or less, or a 140.6 (“Ironman”) triathlon in 13:15 or less, either of which was completed after Jan. 1, 2017. The race directors may allow entries for athletes who have completed other recent races of similar difficulty if they are convinced the athlete likely has the ability to reach the checkpoints before the cut-off times (see the Race Details page). Athletes must be 18 years of age or older.

To do the entire race by oneself is difficult, but many accomplished athletes can form a relay team. Athletes who recently completed a 70.3 or 140.6 will qualify — if their times were under 6:30 or 14:00, respectively. Other qualifying standards: swimmers who completed a results-published mile swimming race in less than 50 minutes (or similar); cyclists who completed a results-published century ride in less than 6:30, and runners who completed a half-marathon in under 2:00. You’ve accomplished something else? Ask the Race Director. Athletes must be 18 years of age or older.

The Sea to Summit Triathlon is a largely self-supported race consisting of:

How unique is Sea to Summit? At dawn, competitors are swimming at sea level. Seven to 12 hours later they are standing at the highest point in the Northeastern United States.

This is a deliberately small race, with a limited field of 100 experienced triathletes. Each competitor must designate a support person, or porter, who will be present at the start, drive the course (although not alongside the athlete), take away the bike at T2, and chauffeur the athlete down the mountain. For relay teams: as the race progresses one of the non-active team members assumes the role of porter.

The event will start at 5pm on Friday, July 30 with a mandatory meeting for racers and their porters at the historic Hamilton House in South Berwick, Maine. Important instructions are given, along with last-minute news. As weather plays a critical role on race day (in the past, the swim has been cancelled due to thunderstorms, the bike has been adjusted due to road construction, and the run has been altered due to high winds or remaining snowpack) this meeting, while brief, is mandatory.

The swim is a narrowly rectangular single loop in the Salmon Falls tidal river, with large buoys as markers. Swimmers follow the New Hampshire shoreline down-current, then the Maine shoreline back to the Hamilton House. While scheduled for 1.5 miles, this swim may be shortened to adapt to the change in tidal current in the lower part of the Salmon Falls River. Wetsuits are recommended. The water is roughly 15% salt and 85% fresh at this point in the river and is very clean although not always clear — especially in low light conditions. The water temperature is usually in the low 70s F. The exit to the swim will be a bit muddy and rocky. (This is not your traditional carpeted Ironman swim exit!)

For the bike leg, there is no set course: the route which most athletes have taken in the past will be provided to all racers in advance but some athletes do follow other roads — with the exception that racers are forbidden to use the high-speed Route 16 stretch between the start and the town of North Conway, NH. Cyclists must obey all traffic signals as they would on any training ride.

To get to the beginning of the run, cross Route 16. Take the same level of care as if you were a pedestrian. Run south (downhill) on the road’s shoulder for 1k (0.6 miles). The Pinkham Notch trailhead will be to your right, and several signs outside the visitor’s center point to the Tuckerman’s Ravine Trail, which will be your only route up the mountain (unless instructed otherwise by officials). This is a 4.4-mile journey from Pinkham Notch to the finish; however keep in mind that for each mile you travel you will average over 1000 vertical feet of altitude gain. The last two miles are the most difficult.

Tuckerman’s Ravine Trail is a very popular trail in the summer and athletes will be sharing it with hundreds of hikers if the weather is ideal. Think of this as a big bonus: for once the hikers begin to understand they have a race in their midst they become our biggest fans. The trail is not considered technical by mountaineering standards but it is extremely rocky and becomes quite steep as you climb the headwall of the ravine.

Please do plenty of reading in advance about Mt. Washington to fully understand and appreciate the unique conditions that can occur on this mountain. Weather near the top invariably is much different from at the bottom — or even at the midpoint. The race benefits from the assistance of park rangers, amateur ham radio operators and members of clubs such as the AMC. We will have volunteers sweeping the run course from Wildcat to the summit via Tuckerman’s Ravine Trail, as well as a staffed checkpoint at the AMC lodge alongside Hermit Lake (at the base of the ravine). At Hermit Lake our staff will have a limited amount of emergency supplies and food for any URGENT need that arises. There are public restrooms near this lodge, and a few hundred yards further up the mountain is a hand-pumped well for additional drinking water.

You are allowed to bring your porter or another companion along for the climb as long as they are physically fit and have signed the pre-race waiver. While there is a privately owned shuttle service that carries hikers back down the mountain, it is first-come-first-served with no advance purchases allowed, so we suggest having another friend or family member drive up to the top to meet you at the finish. 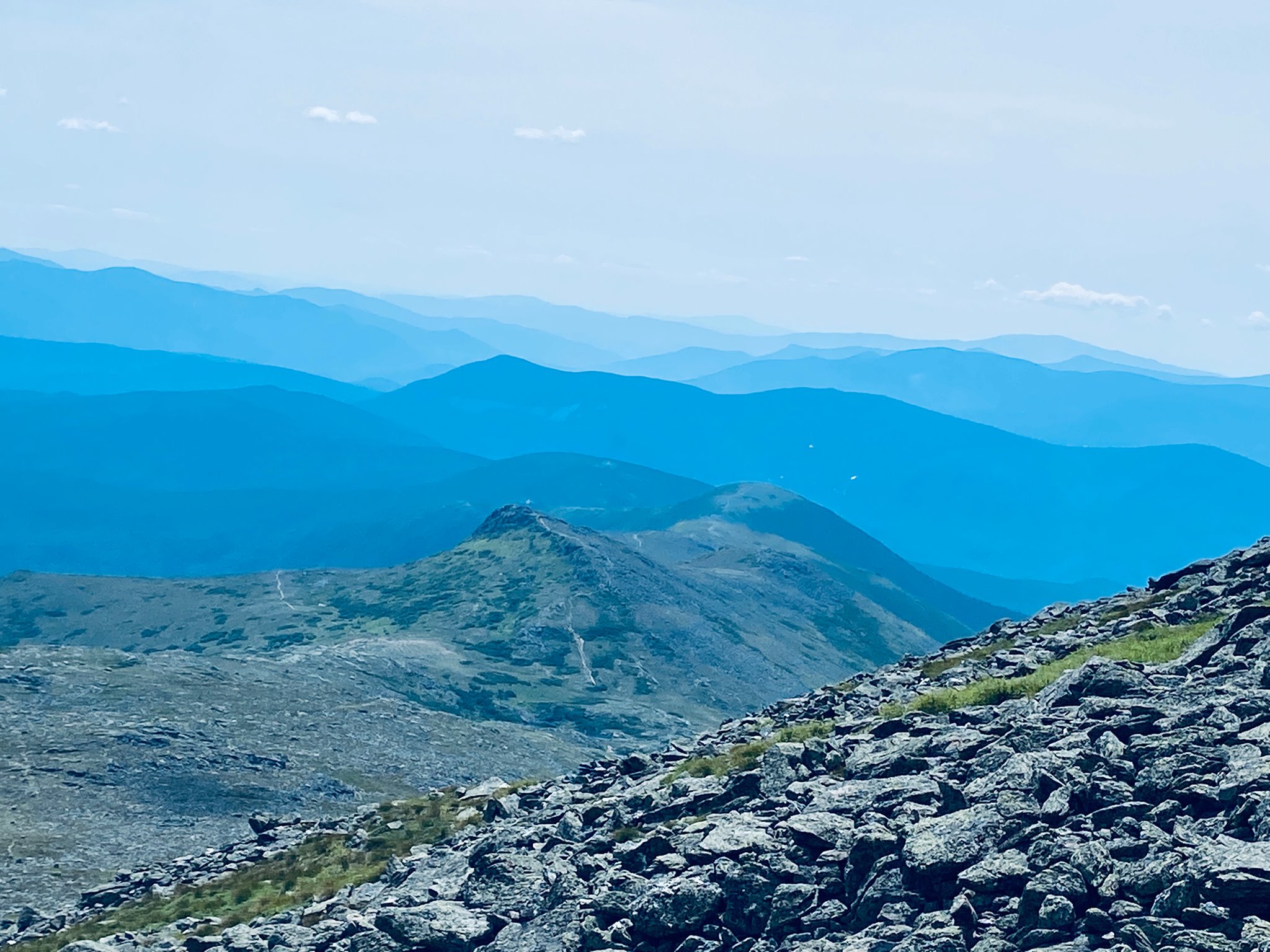 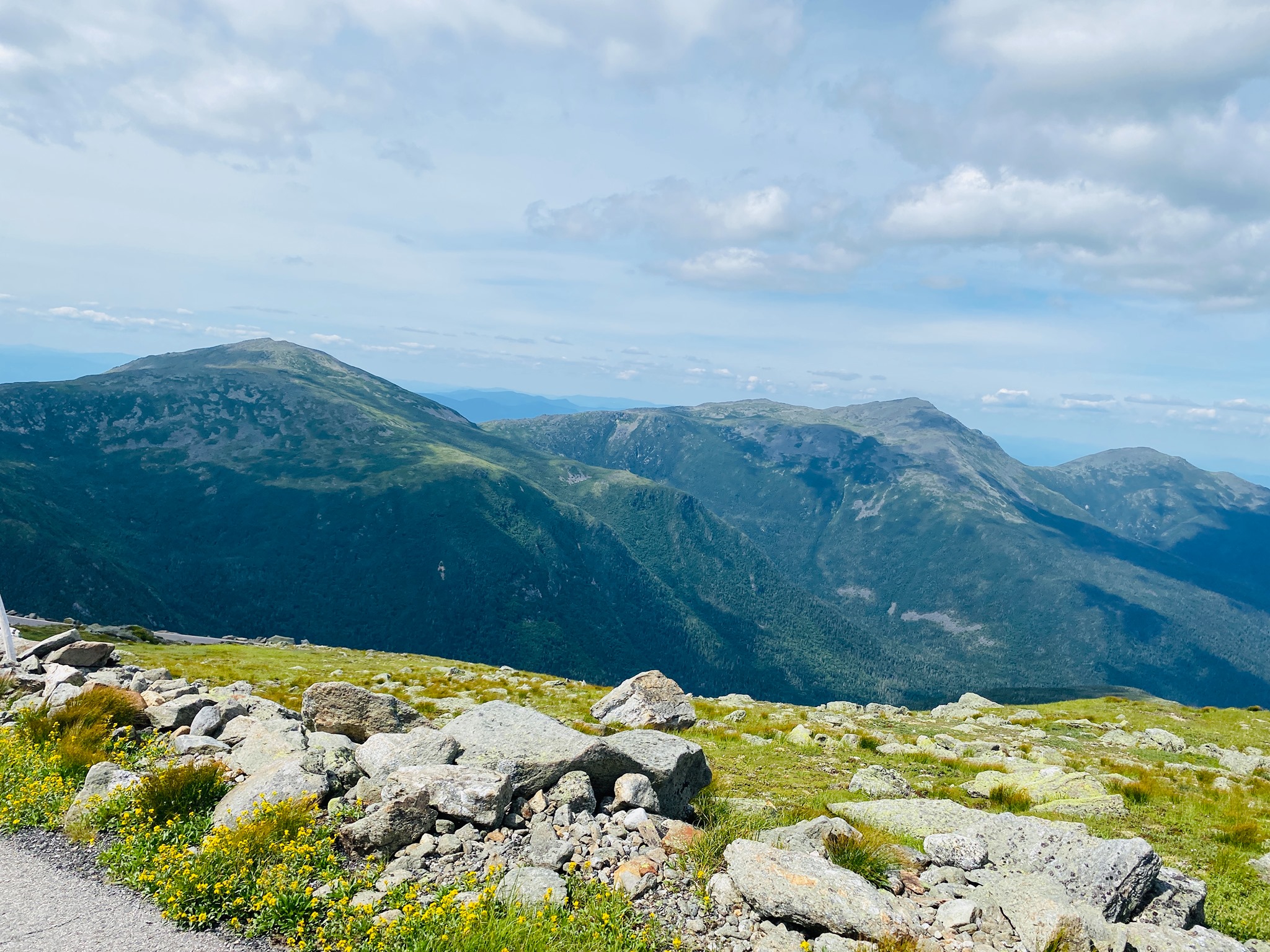 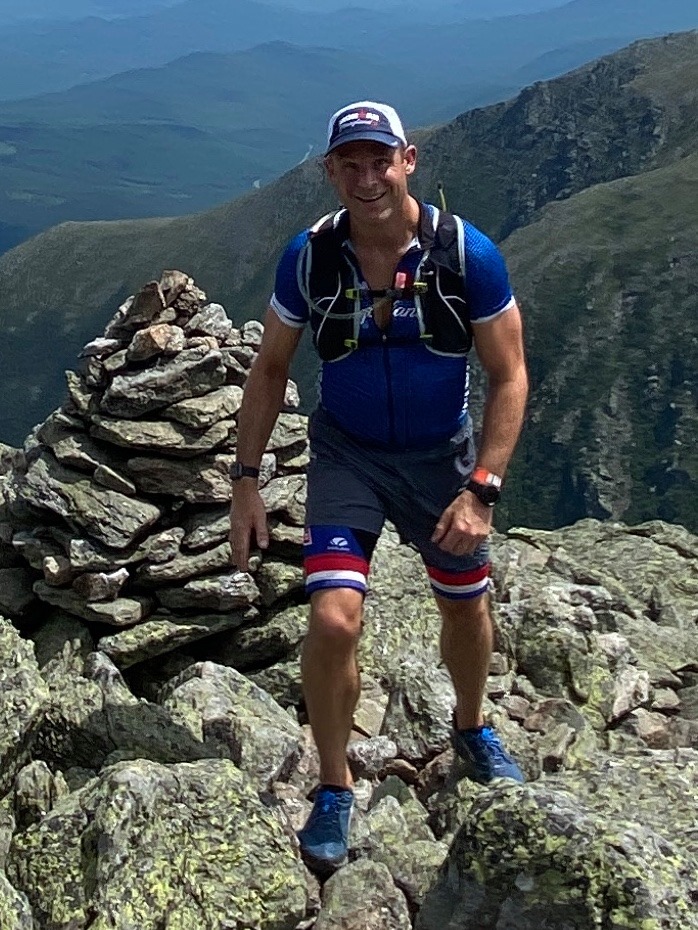 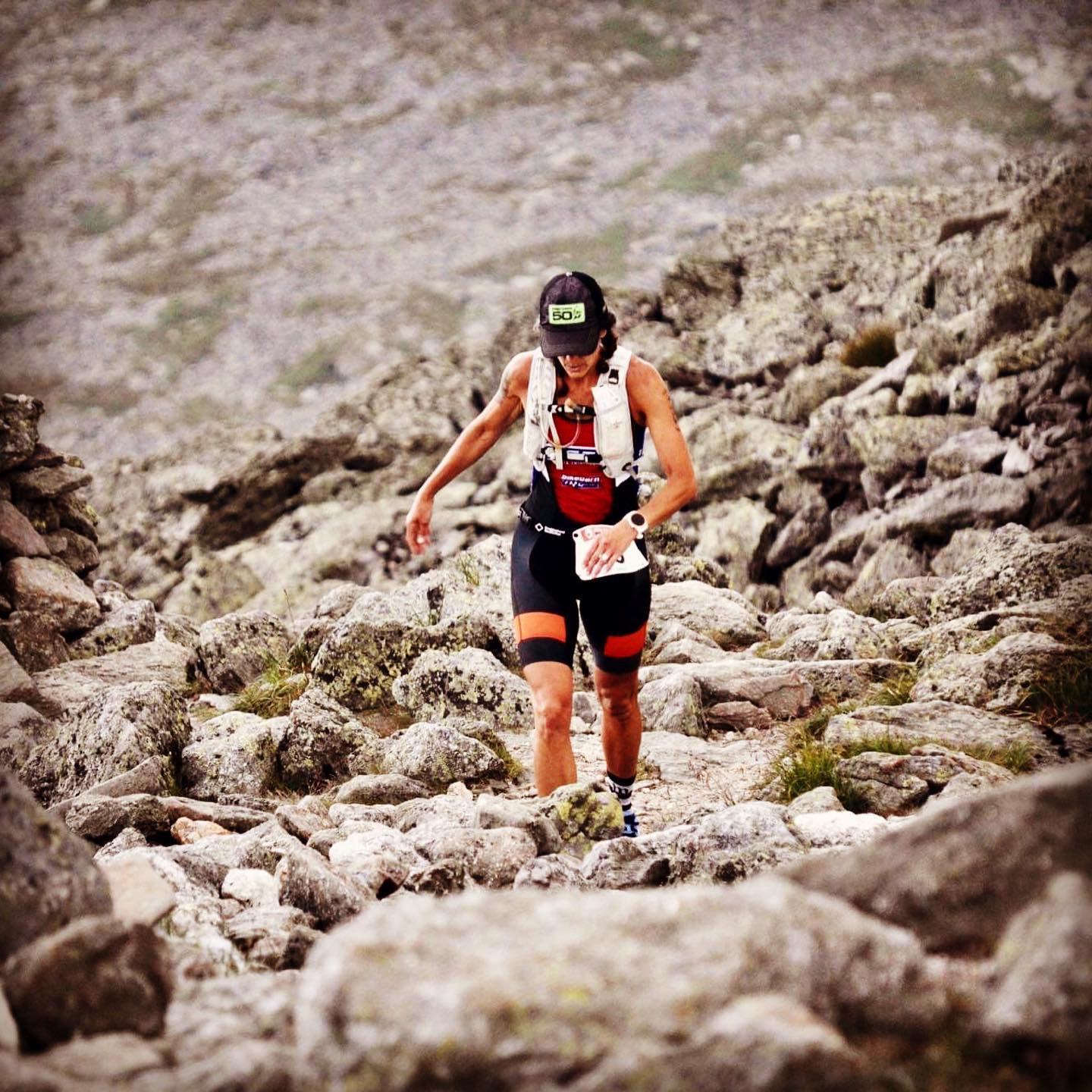 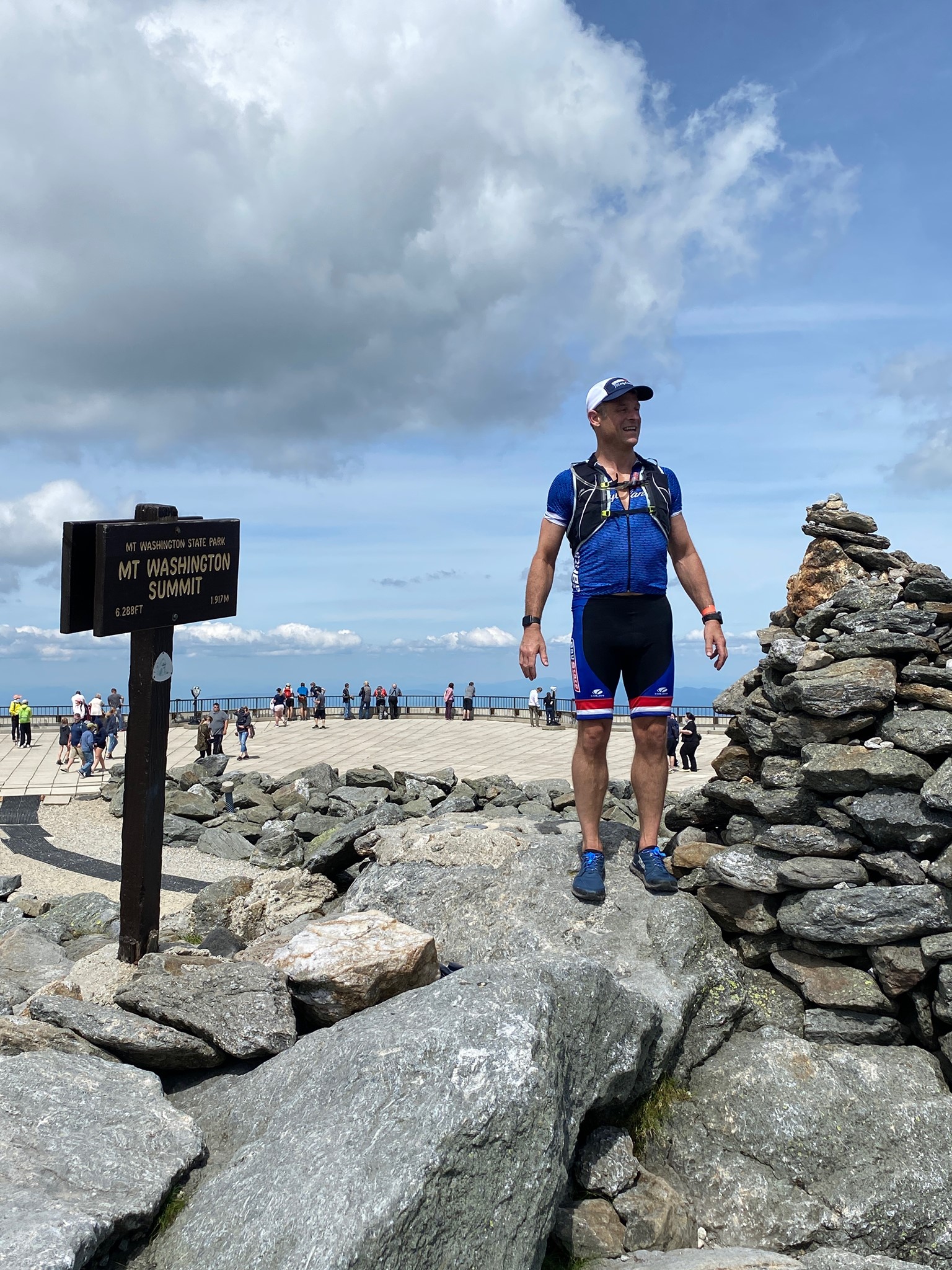 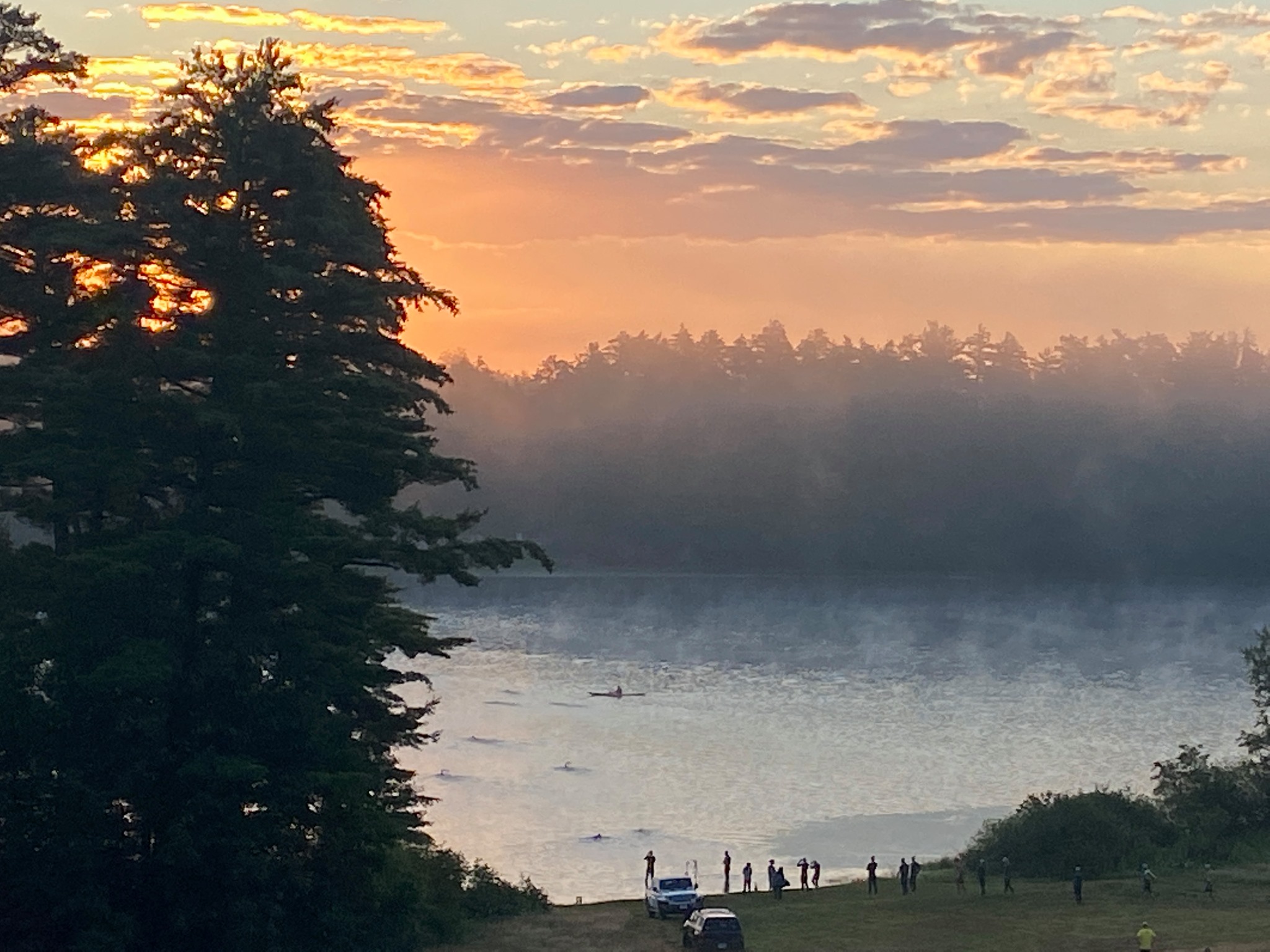 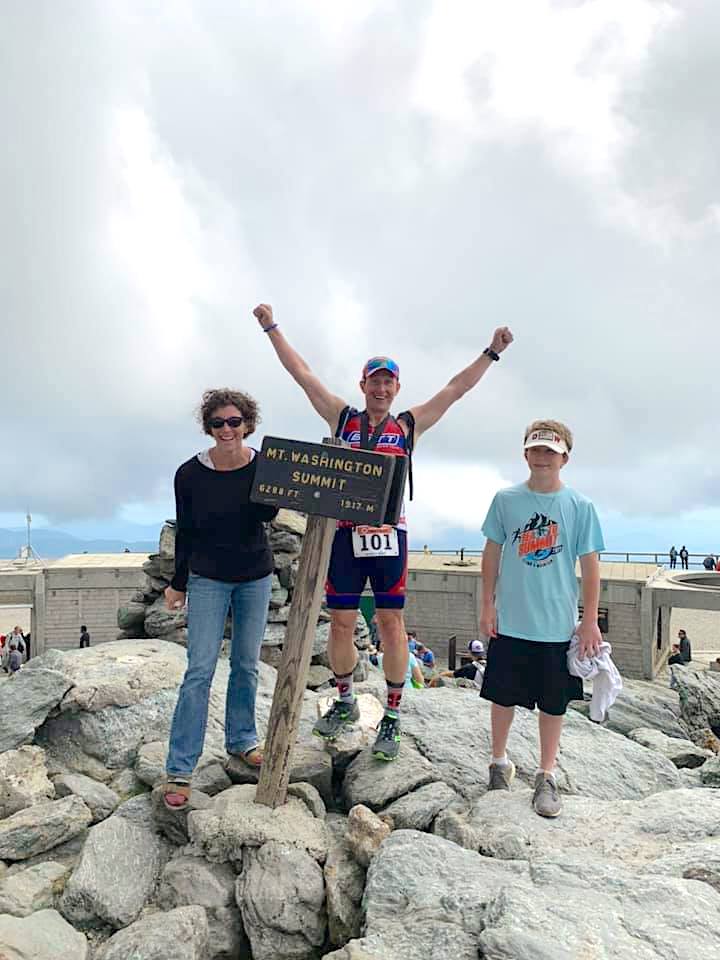