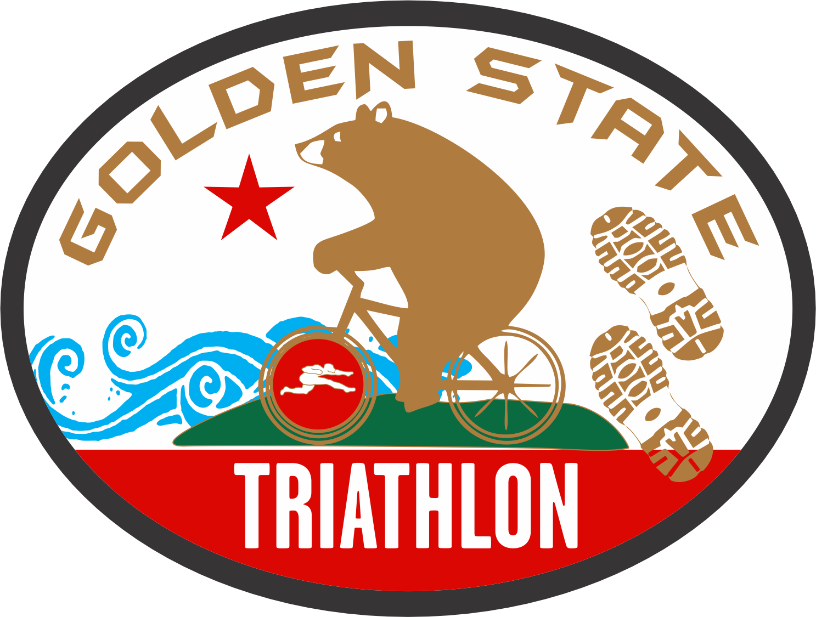 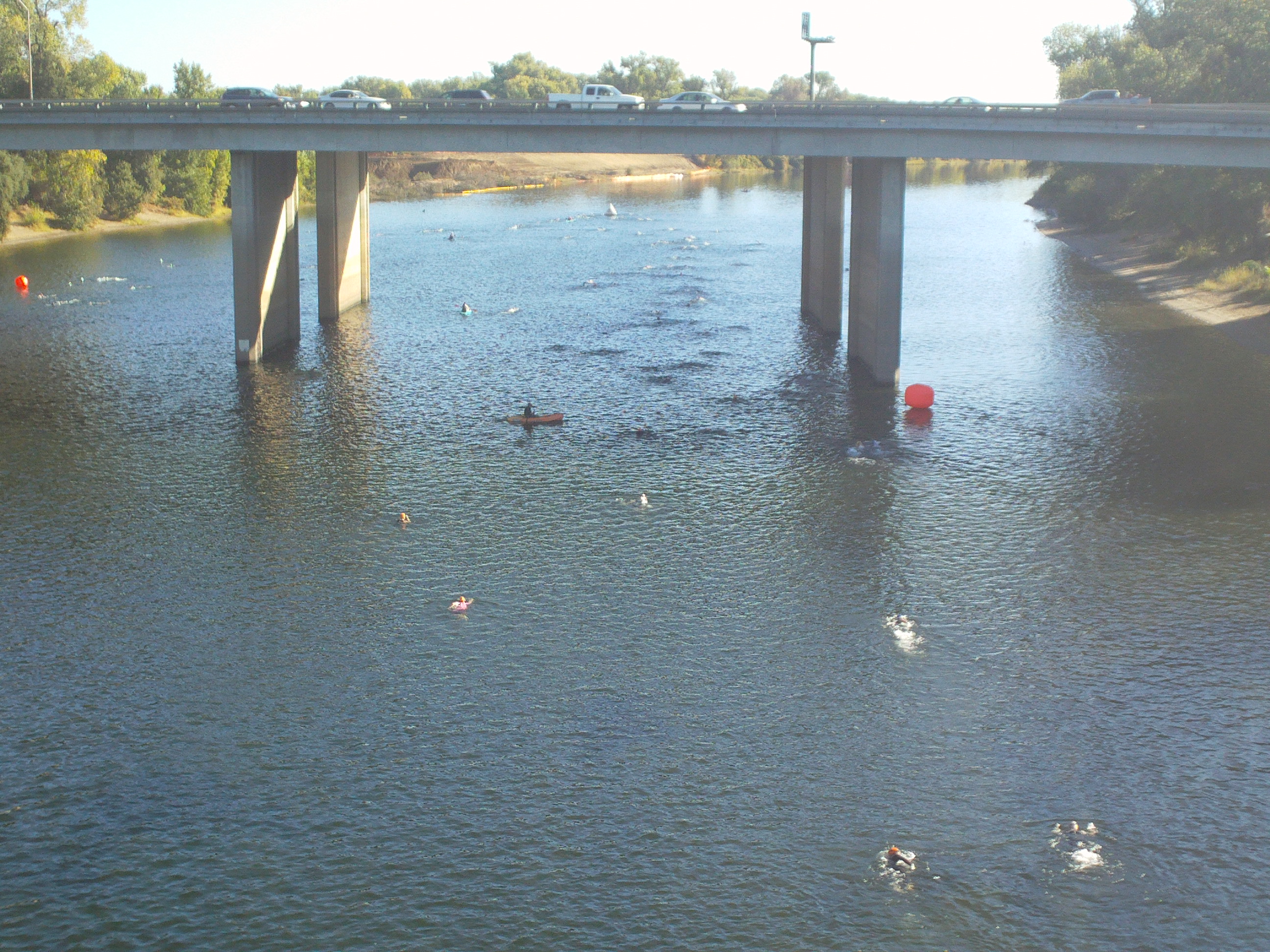 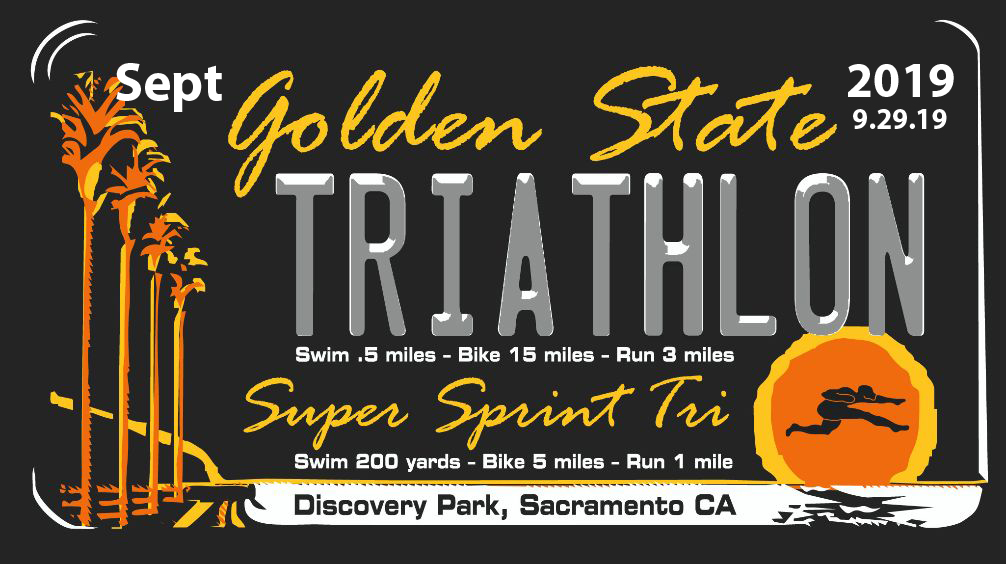 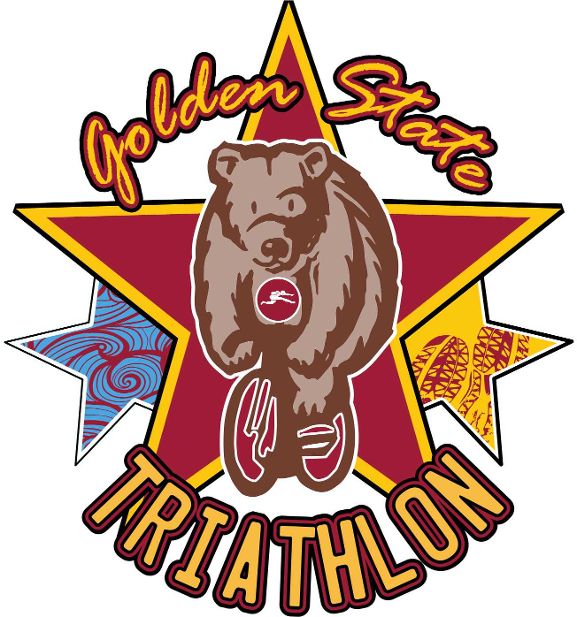 The Golden State Triathlon starts from the beach in Discovery Park, across the bridge from the transition area, finish line and athlete parking. The swim is a half mile out-and-back in the American River, starting upstream and ending downstream on the opposite side of the river. There is a wooden staircase up the riverbank to the transition area.

The Super Sprint swim goes directly across the river to the opposite bank and exit in the same location as the sprint triathlon for a total of 200 yards.

NOTE: Due to road construction and safety concerns this years bike course has been shortened to 10 miles. The 10 mile four-loop bike course is draft-legal and runs on closed local roads. Athletes are responsible for counting their own bike laps to insure they finish all four laps. Athletes not completing all four bike laps will be disqualified. The bike course will not have an aid station. Water, electrolyte beverage, and energy gels will be available in the transition area. The Super Sprint Triathlon bike course will be 5-miles with two loops.

Both the 1-mile and the 3-mile run courses are fast out and back courses along the beautiful American River Parkway. There will be aid stations at the start of the run and at mile one.

Included for each competitor is a Golden State Triathlon custom Finisher Medal, plus swim cap, athlete goody bag and post race meal and free athlete massage. Plus a Beer Garden for athletes 21 and over.

First place overall male and female in the super sprint triathlon will receive Overall Champion Awards. There will be awards three-deep in each ten-year age group for the Super Sprint Triathlon.

Find out about our RACE for FREE Athlete Volunteer program by emailing Bill Driskill at bill@totalbodyfitness.com.

TBF Racing has a No Refund policy on all of our events. A Refund requested prior to race week will be given a TBF Race credit for the amount of the entry fee minus $25 processing fee. Credits are not given during race week.

The Super Sprint will start at 8:00 am

The Golden State Triathlon begins at 9 am

Registration and packet pick-up for the Golden State Triathlon will be available on race morning beginning at 6:30 am.