Why You Should Utilize Fartlek Training 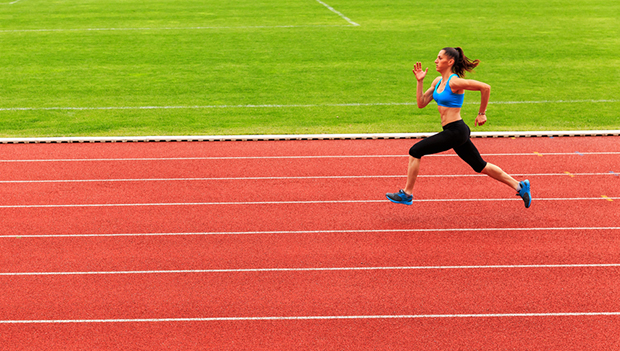 As apples drop and leaves turn, long distance runners across the globe set new goals for the coming year. For most, these goals begin with a healthy dose of aerobic mileage and general conditioning work—a.k.a. base training.

This phase of training develops strength of connective tissue, enhances the body's ability to transport oxygen efficiently and reduces the chance for injury later on. However, too often runners who are base training fail to do any type of work to remind the body how to change gears and engage different muscle fiber. The age-old remedy? Fartlek training.

Fartlek, literally translated from Swedish as speed play should be utilized year round but especially during base phase training.

As you begin your fall base training be certain to plan fartlek work into each of your training weeks. These workouts can be as simple as some subtle gear changes during the course of one to two runs as you are slowly building your volume. If you have never done any formal (or even informal) fartlek work, here is one of the best workouts:

During your longest run of the week, run a one-minute surge every six or seven minutes. This surge shouldn't be terribly hard—perhaps only 15 to 20 seconds per mile faster than your normal long run pace. At the end of the one-minute surge, simply return to your relaxed rhythm. If you have a hard time returning to a "normal" long run rhythm, you are running the surges too quickly. This work will teach you how to change gears, as well as how to deal with bad patches during race efforts.

Another fartlek workout that is particularly effective during base building is one where random pick-ups are tossed in throughout the run. The late ZAP founder Andy Palmer used to say run 15 or 16 minutes worth of pick-ups during a long run—he shared no details on the length of these pick-ups or time of the recovery other than "mix it up with some longer and shorter pieces." This is a truly by-feel fartlek and is a great one to execute as you are just getting started.

After the requisite six to 14 weeks of standard base building, look toward the competitive season. With that change comes a change in the type of fartlek work you should be doing. Fartlek sessions should become more overtly strength based and designed around current and future goal fitness. Here are a couple examples:

As with any well-designed training program, fartlek training can be implemented in many different ways—from the controlled strength type of long run surging to the most specific anaerobic development sessions. The latter, while rarely needed, are still an important part of your training and can develop with sessions such as six by 45-second fartlek pick-ups with full recovery (two to three minutes between each) or 15 to 20 by 20 to 30 seconds similarly.

Fartlek is an excellent way to transition your fitness from each cycle to the next, from base training to race specificity.

READ THIS NEXT: Fartleks: A Clever and Fun Way to Do Speedwork