If Runners Were in Horror Movies 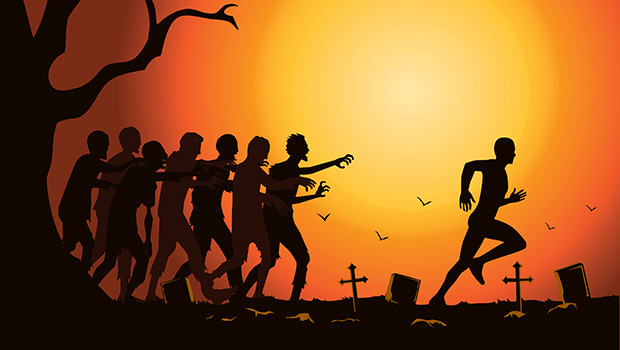 People who watch horror movies tend to have the same reaction after being scared out of their socks: How would I react in the same situation? But how about runners? How would runners fare if they were faced with the same heart-pounding terror encountered in horror movies?

Grab some popcorn and check behind the shower curtain before you start reading.

If Runners Were In Horror Movies ...

1. They would always get away from the guy in the slasher mask. As big and bad as he is, he clearly hasn't incorporated enough cardio into his weightlifting regimen. Not to mention, running in a mask is really hard (but maybe good for improving your VO2 max. Don’t test it, though).

2. Vampires would be no match for the insanely well-lit morning or evening runner. From reflective vests to running headlamps to neon singlets, Count Dracula would have to shield his eyes to even attempt biting a runner’s neck.

3. Speaking of Vampires, they’d do well to avoid those well-lit runners because they are usually full of garlic breath from carb-loading spaghetti dinners.

4. Runners looking for porta potty tissue would make mince meat of mummies. That guy would meet his demise stuck to the bottom of a running shoe.

5. Werewolves supposedly are cured through exhaustion, which would surely manifest itself in relatively short order during their pursuit of a seasoned marathoner.