3 Ways to Train for Your 5K 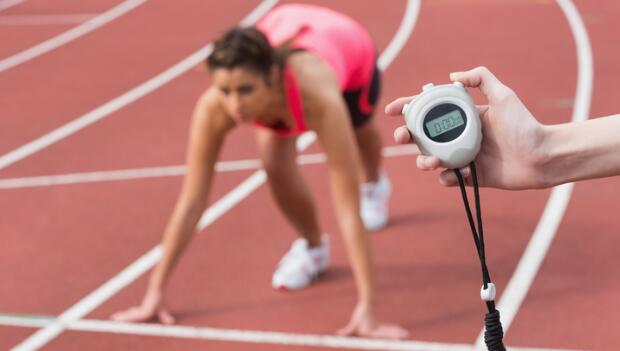 Whether you're an eager newbie or a serial marathoner, there are loads of reasons to register for a 5K.

"If you're a beginner, targeting the distance is a great way to gain motivation and build structure into your schedule," says Luke Humphrey, M.S., an exercise physiologist and head coach for Hanson's Coaching Services in Rochester Hills, Michigan. "For regular runners, the 5K stokes your competitive spirit, breaks up the monotony of high-mileage training, and serves as a solid test of speed." In fact, all runners can improve their fitness and maybe even their PRs when training for a 5K, says Humphrey. Here's what keeping it short and sweet can do for you.

More: How to Train for Your First 5K

For newcomers, a tangible goal like finishing a 5K gives purpose to your training. It's amazing how committed to your mileage you become once you've paid an entry fee, says Carol Rewick, R.D., a coach for Fleet Feet Sports' No Boundaries 5K training program in Vacaville, California. For longtime runners who typically target longer distances or race infrequently, the short event is an opportunity to hit the refresh button on your routine and rekindle your racing chops. "Lining up against other runners instantly gets your adrenaline going and your competitive drive humming," says Humphrey.

Train for it Beginners currently running twice a week for 20 to 30 minutes can aim for a 5K that's five to six weeks away. Add another run to your schedule, do one set of 100-meter strides (fast running) during a weekly run, and tack an additional mile to your long run every week until you're up to at least five, says Blake Boldon, a RunnersConnect coach in Philadelphia. Returning racers: What are you waiting for? "If you're a fit runner, you could knock out a 5K in two weeks, and it would feed into your training for almost any other race," says Boldon.

The intensity involved in 5K training can boost your strength, speed, and hasten weight loss. "The anaerobic component of the workouts puts you out of breath, which teaches your body how to function at a harder effort, thereby improving your overall athleticism," says Boldon. Plus, he says, the race itself can be a useful training tool. "Your workout is going to be exponentially better in a race setting than if you run on your own."

Train for it Once a week, run two to eight 200-to 800-meter repeats at goal race pace, or a speed where it's uncomfortable to talk. Between repeats, walk or jog 50 to 100 percent of the time it took to complete the effort. Do a weekly tempo run of two to six miles at 25 seconds slower per mile than goal pace.

More: How to Find a Race Pace That Works

Every couple of weeks, replace your tempo with a strength workout. On the road, grass, or a bridle path, run one to three miles at 10 to 20 seconds slower per mile than race pace, says Humphrey.

You're guaranteed a PR if you're running your first race. But for everyone else, the 5K is an opportunity to nail a good-for-now time. "You don't have to race for your best finish ever it could be your best this season, your best this year, or your best this decade," says Boldon. If your ultimate goal is a PR in a longer distance, use the 5K to gauge how your speed is progressing. "You'll get instant feedback on your training so you can make adjustments to meet your goal," says Rewick.

Train for it In pursuing a fast-for-now time, plot your races strategically to allow for sufficient recovery and buildup. After an event, run easy for a few days, then begin another three-to four-week training block before your next 5K, using your most recent race time as a baseline. If you're training for a speedy half-or full marathon, schedule a 5K in the beginning of your plan to establish a baseline pace for your workouts, then run another in the middle of your training to see if you're still on track, says Boldon.

More: 6 Training Tips to Help You Speed Up