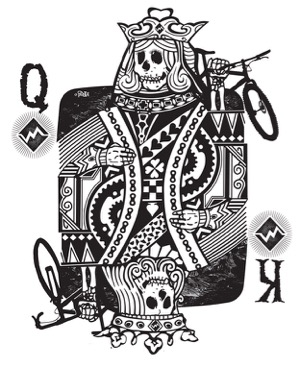 Pisgah Productions and The Hub and Pisgah Tavern present: The King of Pisgah points series. A unique series of bicycle events that span multiple cycling disciplines and an entire racing season.

Bootlegger 100, PMBAR, Pisgah 111K, Pisgah Enduro, Pisgah Monster-Cross Challenge and DOUBLE DARE! Points are awarded for each event and the racer with the most points at the end of the series wins.

Racers going for the title can skip either Bootlegger 100 or Pisgah Monster Cross Challenge (and get zero points for the skipped event) or drop their lowest score from any event.

CASH PRIZES FOR MEN and WOMEN

If competing in the series is not your thing, you can also consider this a Pisgah Productions 'season pass'. The six listed events at a discounted rate!

Included in the King of Pisgah series purchase is a TEAM of TWO for PMBAR and DOUBLE DARE, and individual entries to the Bootlegger 100, Pisgah 111K, Pisgah Enduro, and Pisgah Monster Cross Challenge.

If your teammate for PMBAR and DOUBLE DARE would like to compete in the entire series they will need to purchase the 'King of Pisgah - Plus One Package' which includes the second individual entry to the Bootlegger 100, Pisgah 111K, Pisgah Enduro, and Pisgah Monster Cross Challenge, also at a discount.