For Those About to Run We Salute You 5K 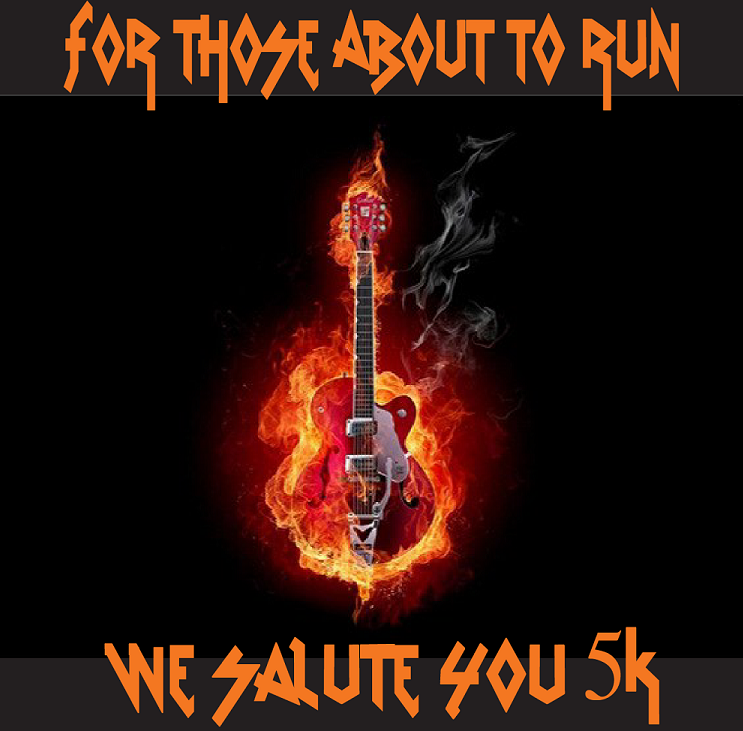 There is NOTHING better than rock n roll music from the 70's and 80's, and we want to pay tribute to that! So we put together a rockin' good time for you! This run captures all the fun things you know and love from that time, and since it's a NIGHT run, be ready for a lot of lights and f/x! Here's what we have in store;

- LOTS of GOOD rock n roll music on the course and in the party area!

- Super cool shirt and GUITAR SHAPED FINISHER MEDAL! (Both the 5K and 1K get medals!)

- CASH PRIZES for the winner of the best costume contest and to our lip sync battle champion!

THE LIP SYNC BATTLE CONTEST SONGS!!    This is going to be FUN! The girls get to go first with their best rendition of "I Love Rock n Roll". Then the guys are up next with "Don't Stop Believin' ". The best from each song will then battle it out as a duet - "Paradise By the Dashboard Light".... the winner takes home a cool $100!! Who's going to win? It could be YOU! Sign up now and join the rock n roll party!