Thanksgiving: Can One Day Kill All My Hard Work? 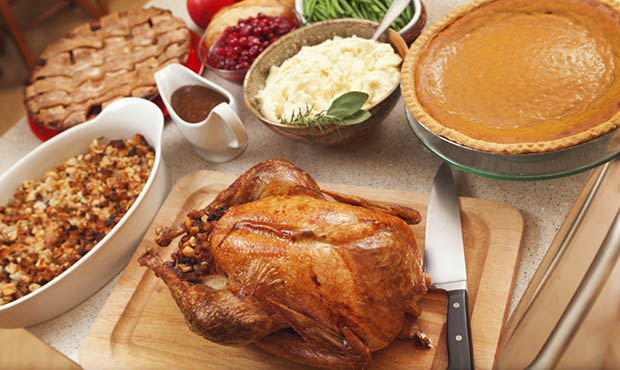 The holiday is an eating extravaganza, drenched in gravy, with all signs pointing to death by an oversized slice of pumpkin pie topped with vanilla bean ice cream. It's a dieter's nightmare, and no one wants to leave the weekend feeling like they might need a forklift to make it into work Monday morning.

But is this strained relationship with Thanksgiving really doing you any favors?

For answers, we turned to Roberta Anding, a lecturer in kinesiology at Rice University.

Anding gave it to us straight.

“You can't gain five pounds in one day,” she says. “It defies the law of calories in, calories out.”

According to Anding, who's also a dietitian and sports nutritionist for the Houston Astros, the average Thanksgiving dinner is around 2,000 calories. Although there's some debate on the subject, it typically takes 3,500 calories to gain even a single pound.

In other words, we come bearing (mostly) good news: eat your heart out, but start pumping the breaks come midnight.

It's all too easy to get caught up in the holiday mantra of more is more, but Thanksgiving Day is supposed to be just that—a day.

If you're stressed about ruining all your hard work, the best thing you can do is to take a deep breath, dive headfirst into that bread basket (and don't you dare feel guilty about it) and commit to resuming your regular plan the next day.

"Holidays are supposed to be enjoyed with food and family,” Anding says. “It's part of every single culture worldwide. I don't think you should be counting calories on Thanksgiving. You shouldn't be thinking, 'That's 250 calories.' Enjoy it. It's one day, and then it's done."

Now, practice saying it with us: “Pass the stuffing.”

Find your next healthy recipe.