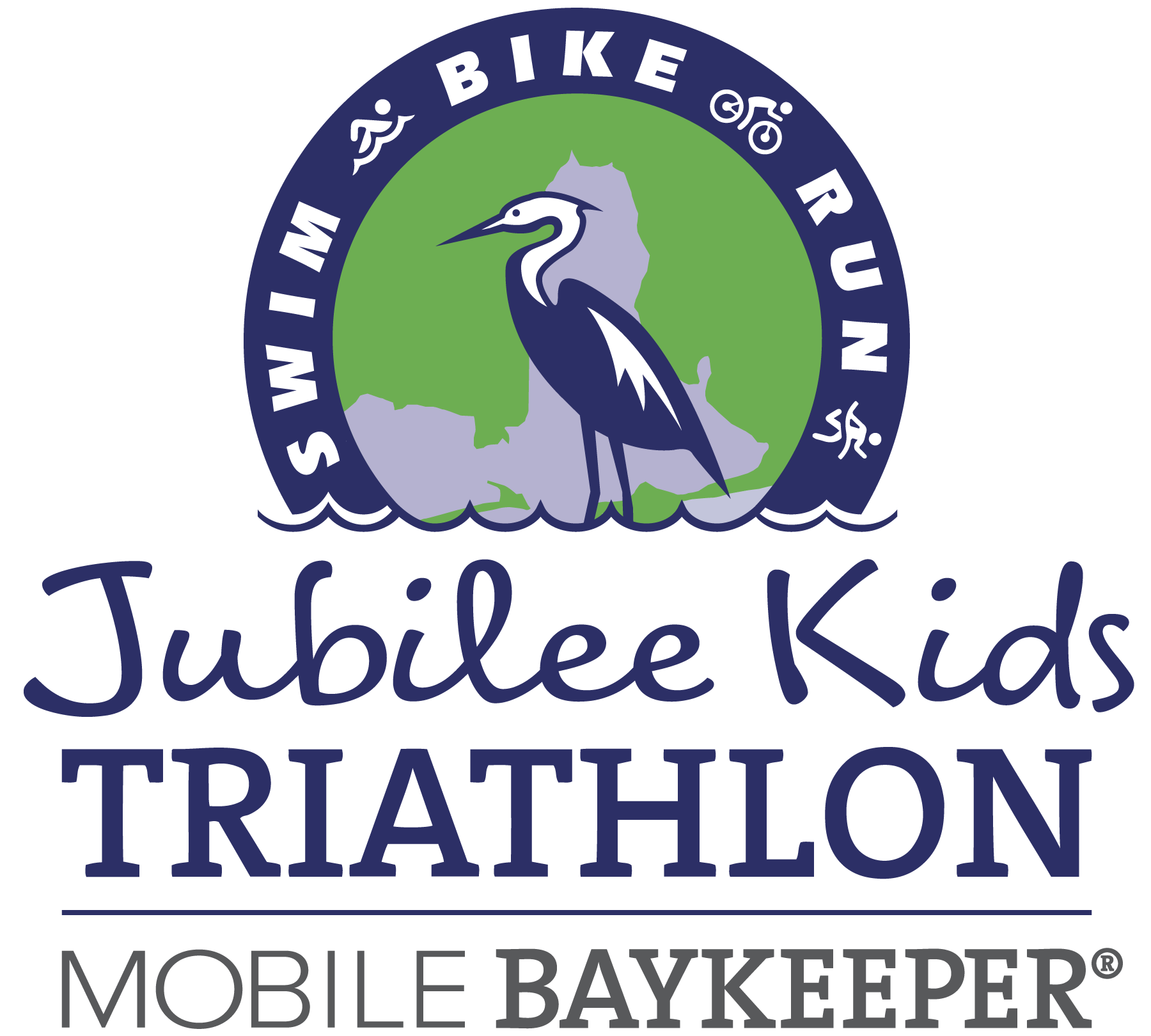 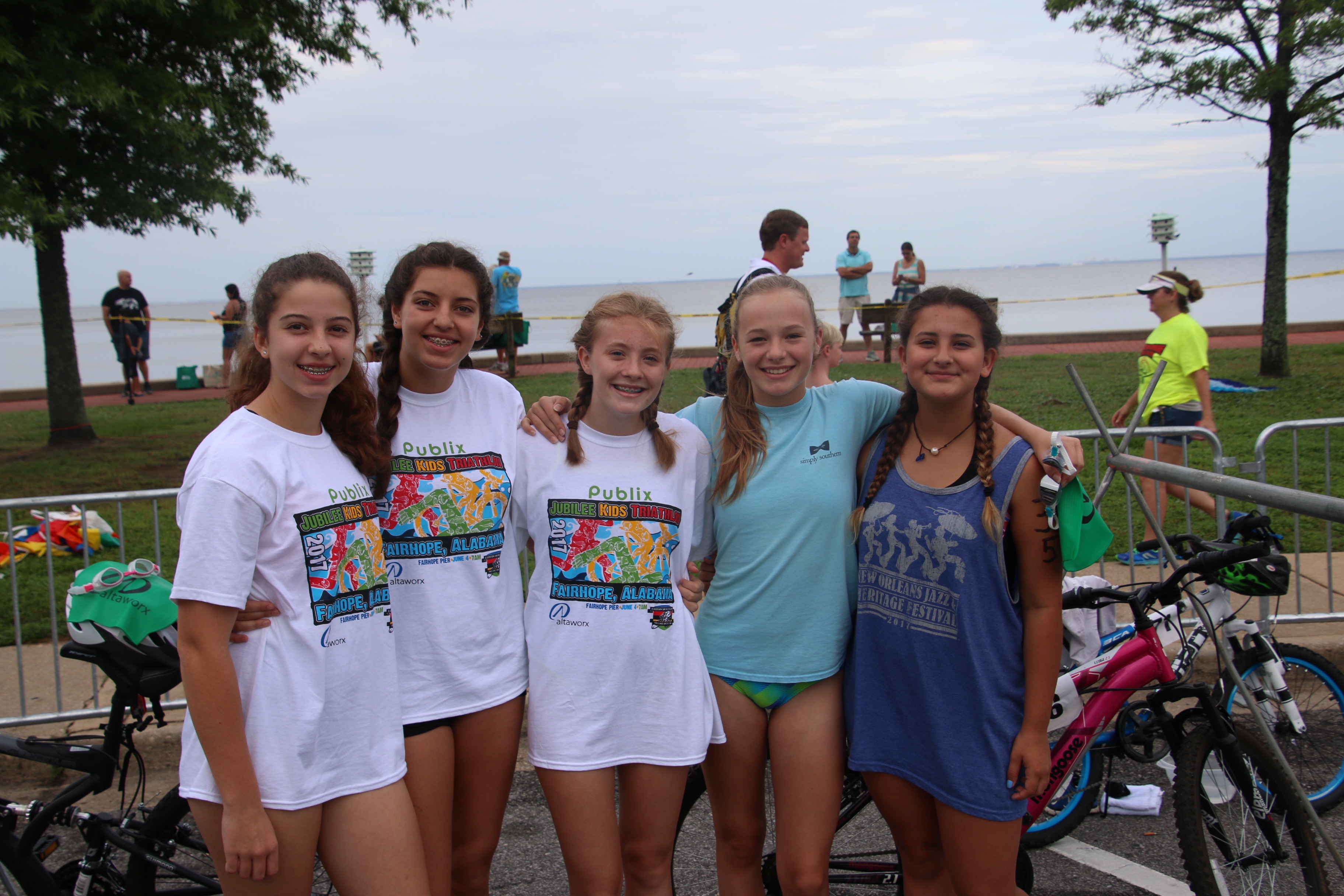 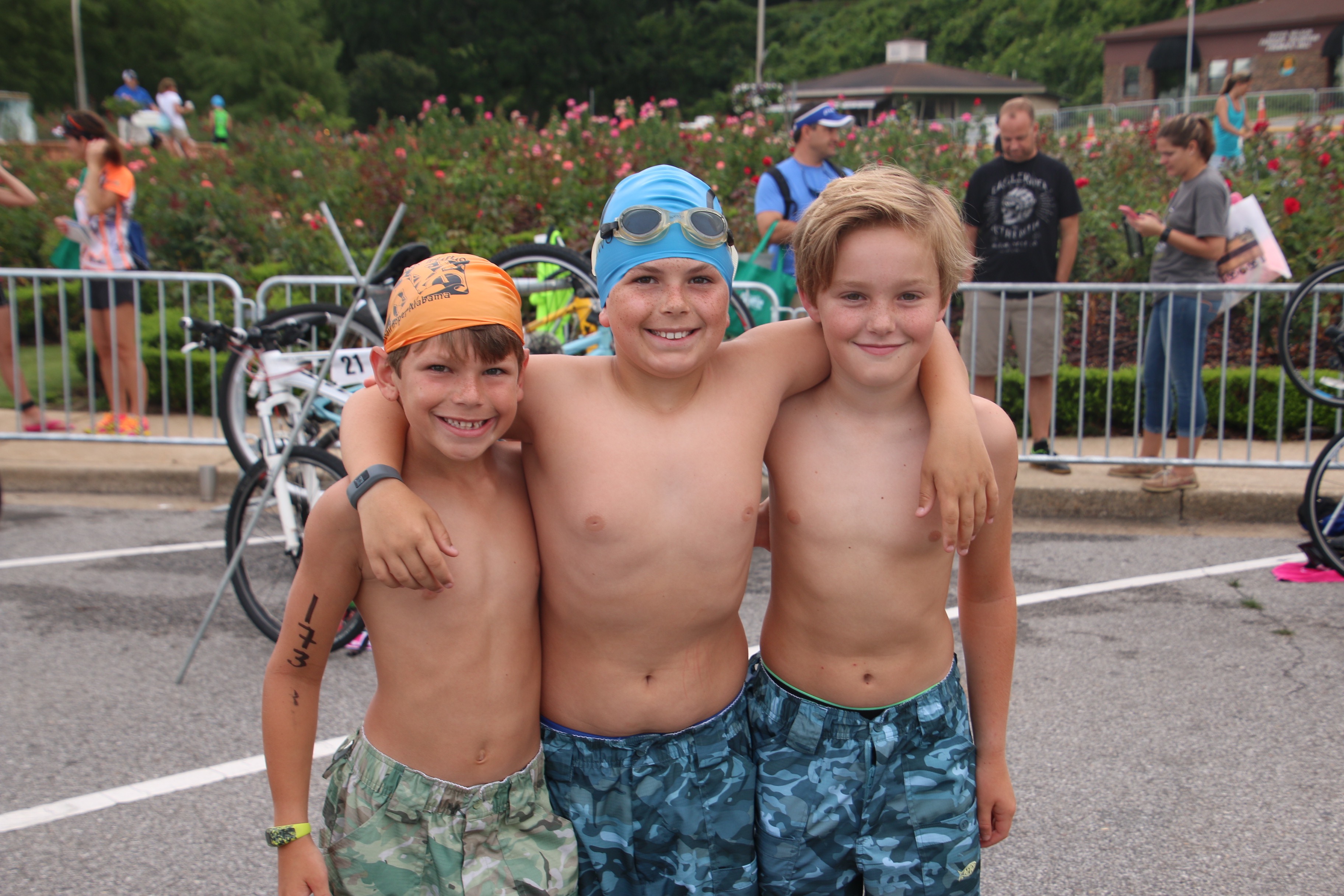 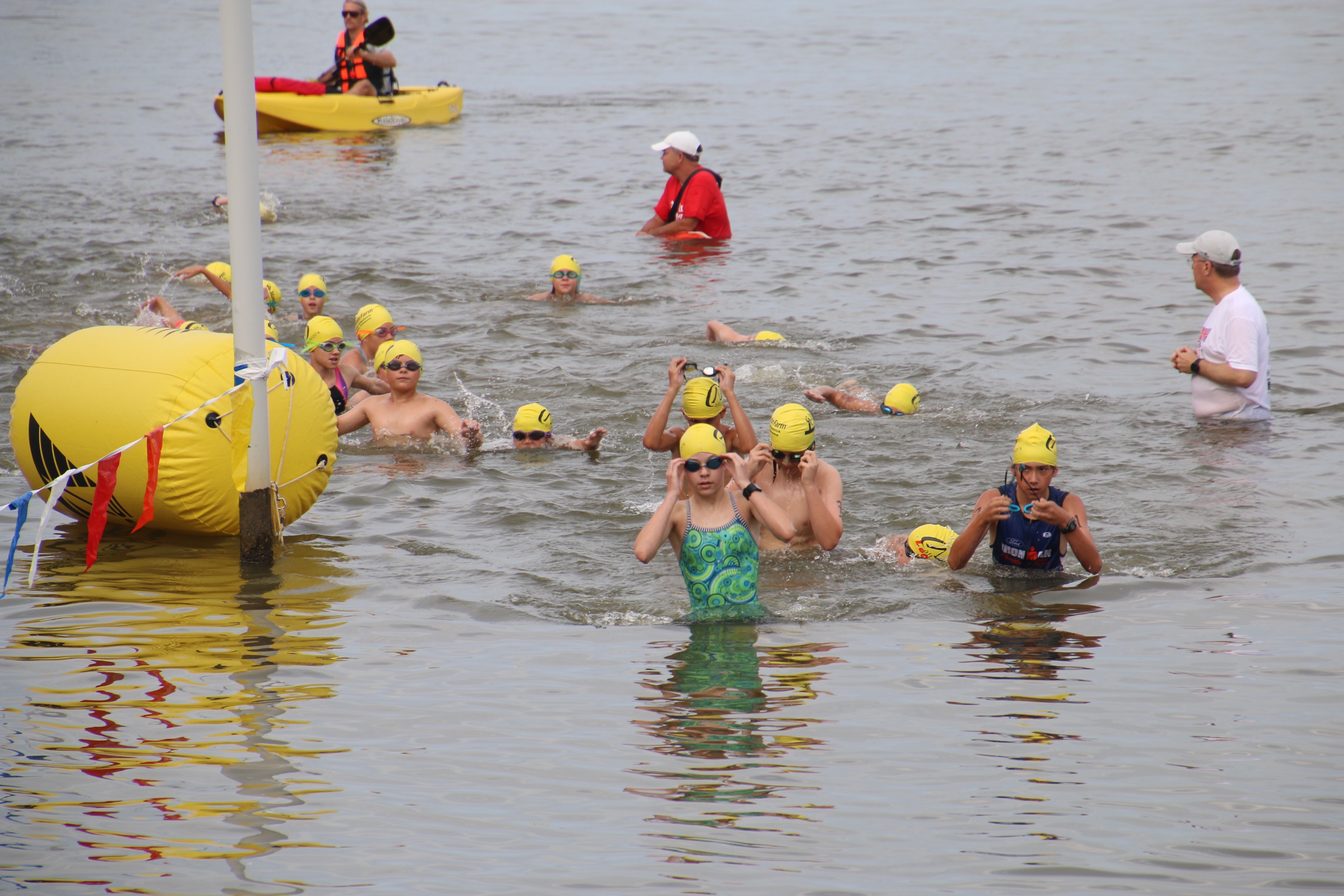 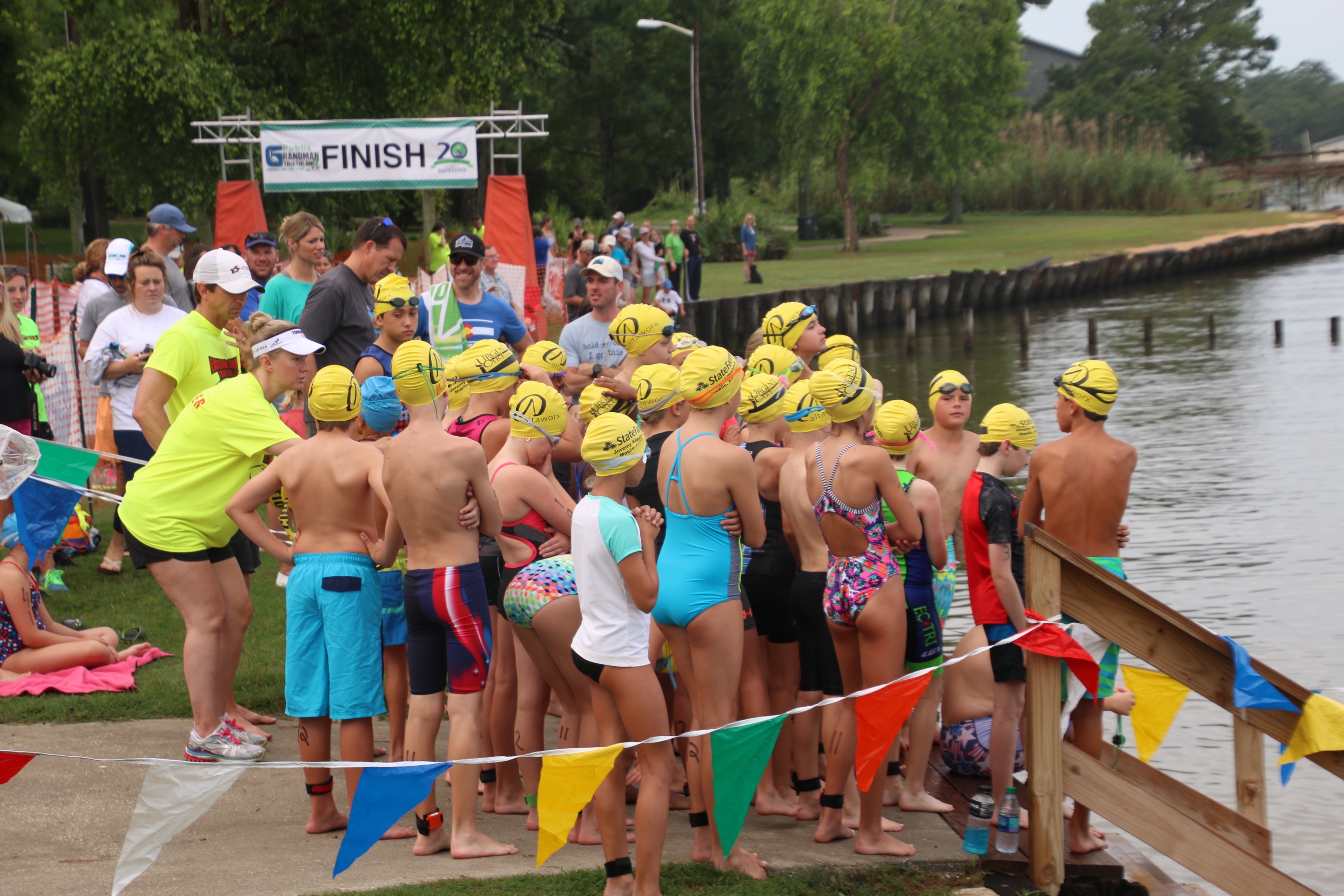 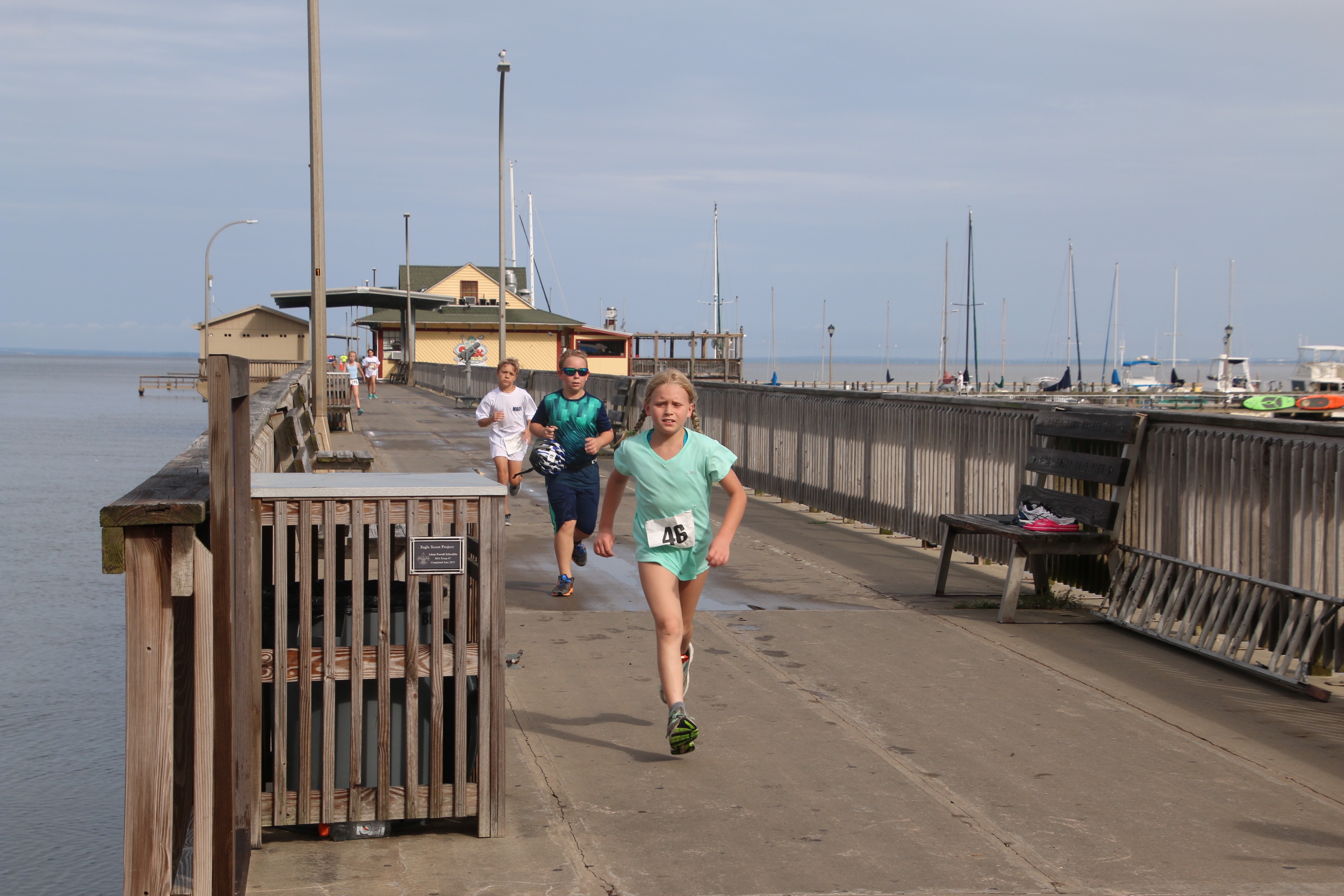 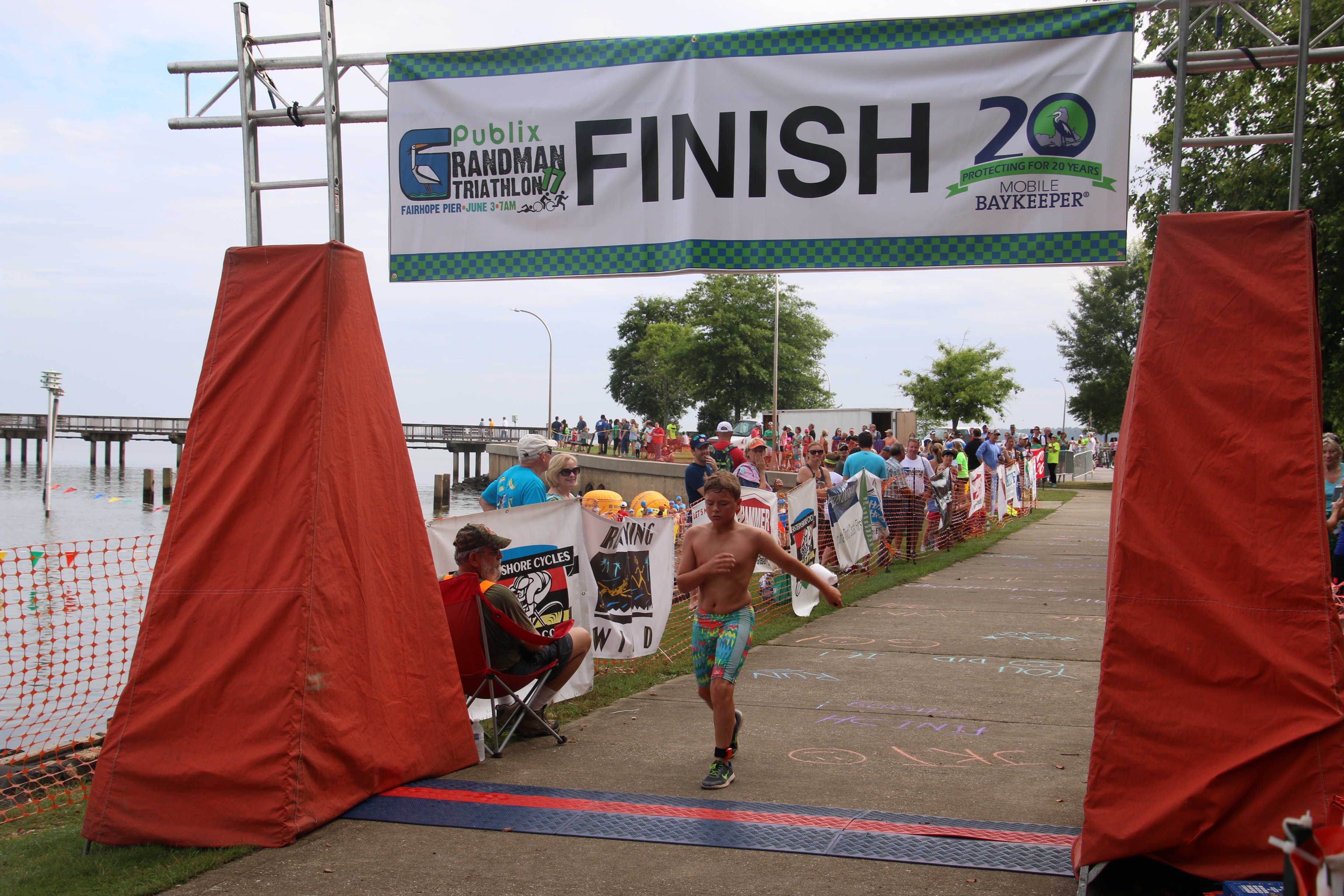 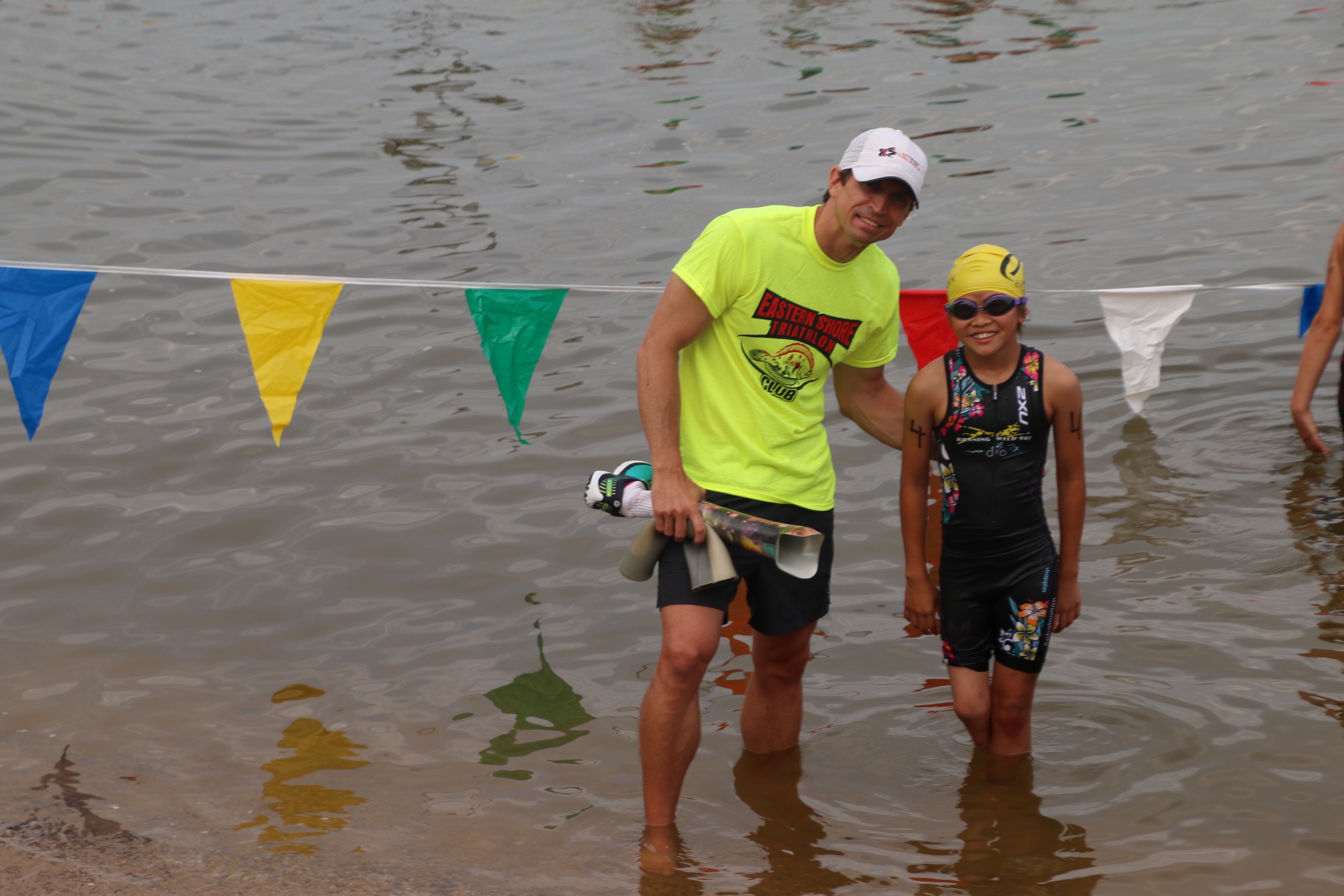 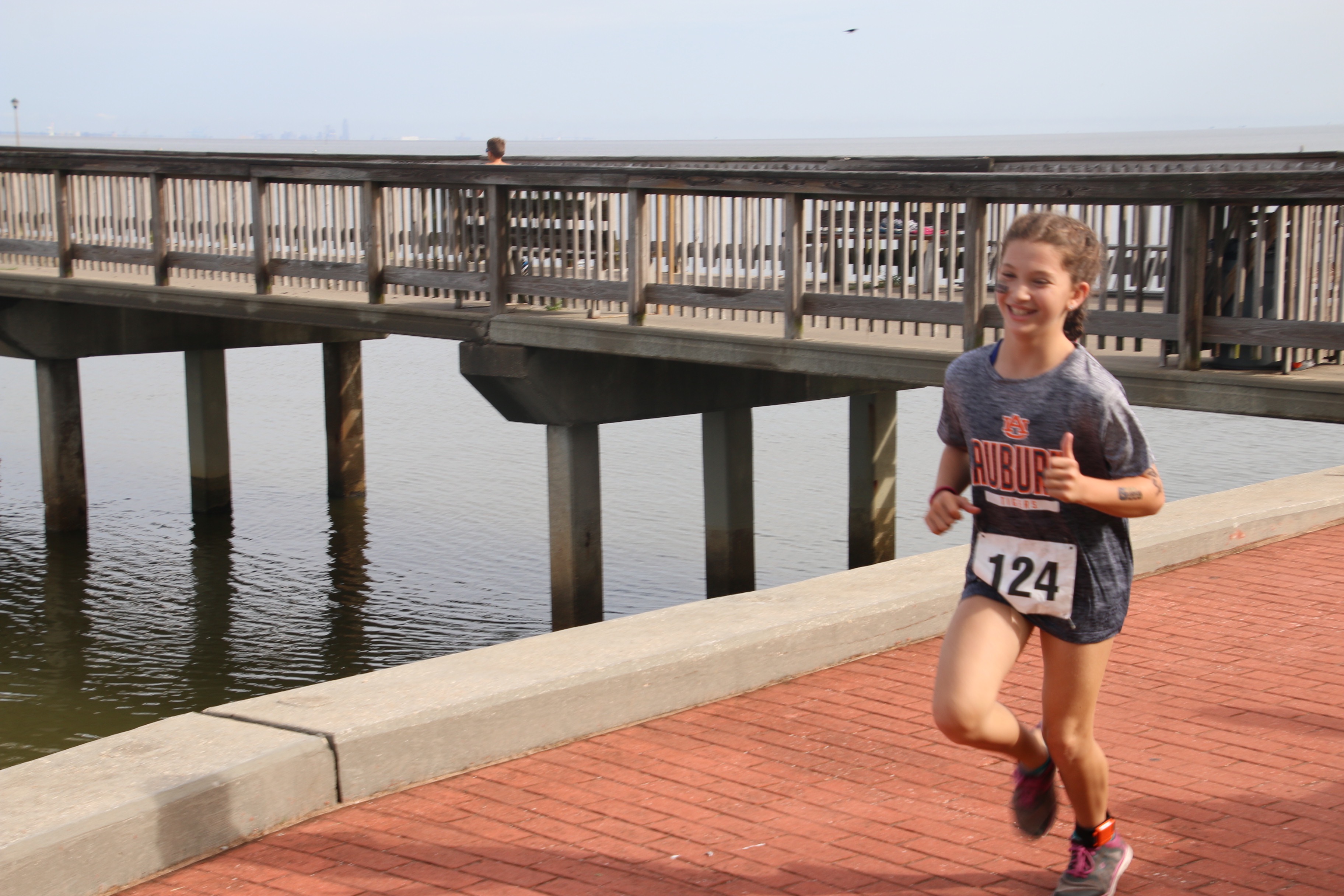 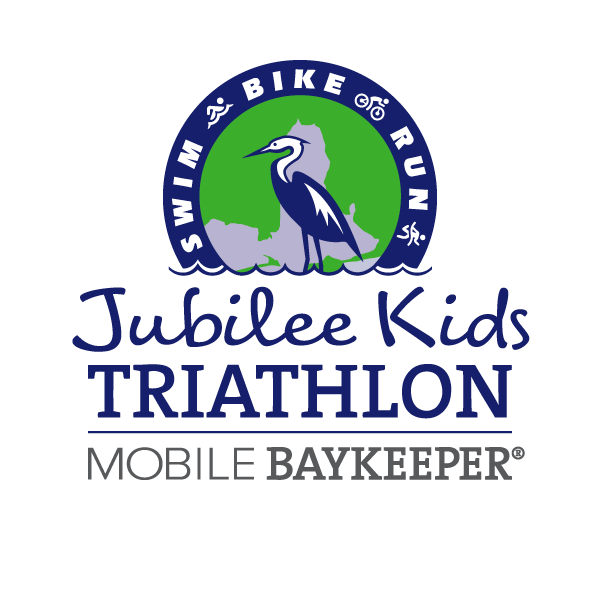 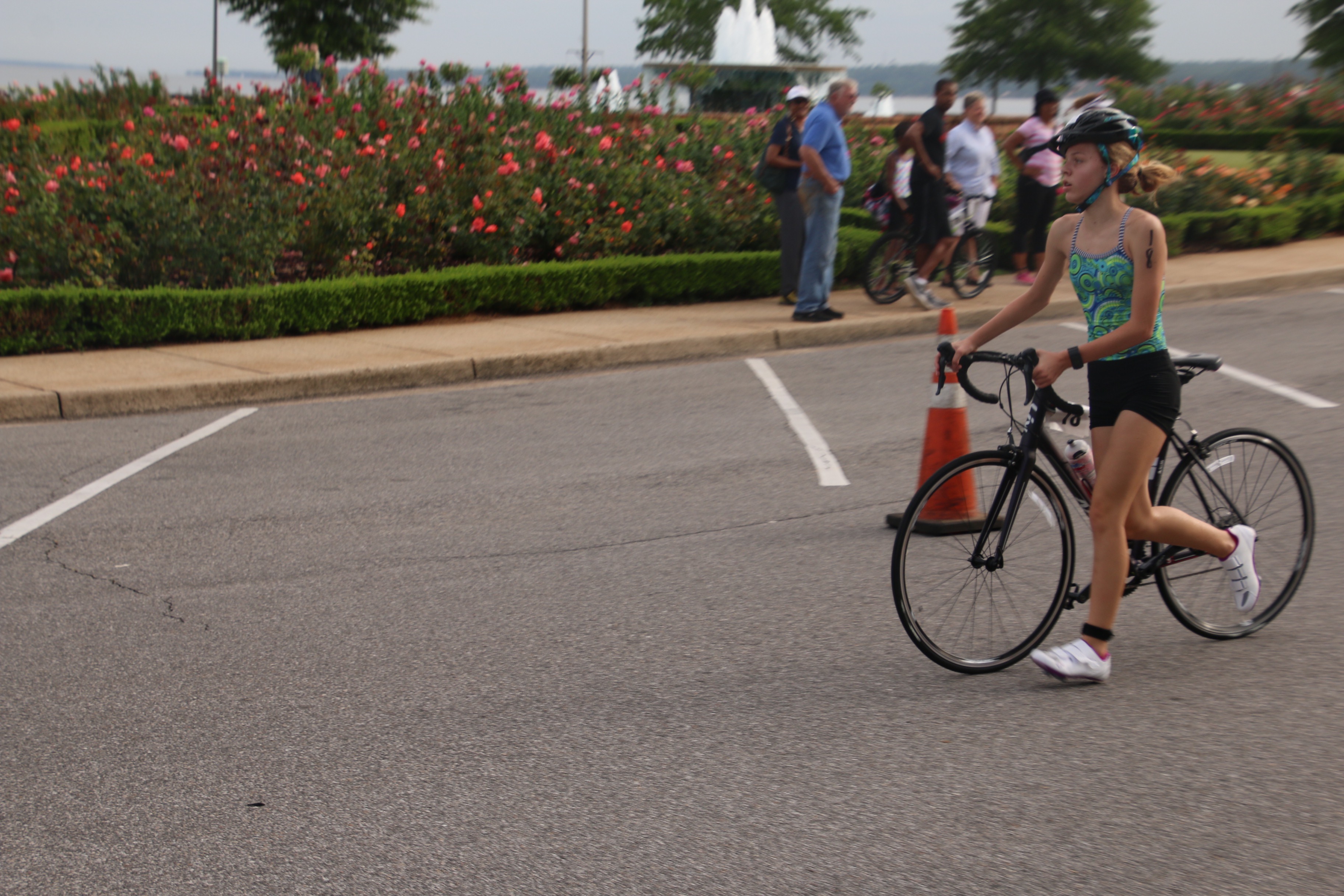 Join us in the beautiful city of Fairhope, AL for the 2020 Publix Jubilee Kids Triathlon on Sunday, May 31 at 7:30 a.m. The race takes place at Fairhope Pier directly overlooking Mobile Bay. With numerous shops, restaurants, and kid-friendly activities, Fairhope is the perfect race destination for the whole family to enjoy. Parents can race in the Grandman Triathlon at the same site the day before (Saturday, May 31) and then watch their kids race the next morning on Sunday.

This race is open to ages 7-15 and features two different distances:

Participants will compete in four different categories according to their age division:

Important Note: Transition Area for Ages 11-15 has changed to the Bay side of the Rose Garden to match the transition area of the Grandman Triathlon.

Swim Course (Starting time – 7:30am): Racers will begin the race on the beach on the South side of the Fairhope Pier and will start the swim course by age group, with the oldest age group going first. Wave 1 will be racers ages 13-15 (Mullets). They will begin at 7:30 a.m. Wave 2 will consist of racers ages 11-12 (Flounders) and will start at approximately 7:33 a.m. All racers in this division will swim out 100 yards from the shore to the turnaround point and return the opposite direction, swimming 100 yards back to the shore.

Bike Course: Racers will exit the swim and head to the transition area and collect their bike. Racers will then walk their bike up the hill and begin the bike course at the top of the hill. Racers will head South on Mobile St. and bike 1.5 miles to the turnaround point at Sweetwater Circle, before returning 1.5 miles headed North on Mobile St. Once racers have returned, they will dismount their bicycles at the top of the hill and walk down to the transition area.

Run Course: Following the bike, racers will begin the run course. Racers will run North on N. Beach Rd. to the turnaround point and return the opposite direction, completing the 1.75 mile run at the finish line at Fairhope Pier Park.

Swim Course (Approximate Start Time): Racers in this division will begin the race after the last racer from the oldest age group completes the swim, lining up on the beach located on the South side of the Fairhope Pier. The 9-10 year old racers (Crabs) will be Wave 3 and begin the swim at approximately 7:45 a.m. Wave 4 will consist of Racers ages 7-8 (Shrimps) and will begin the swim at approximately 7:48 a.m. All racers in this division will complete a 75-yard swim, beginning at the shore before swimming out to the turnaround point and swimming back to the shore and into the transition area.