What to Know About the Cycling Events at the Tokyo Olympics 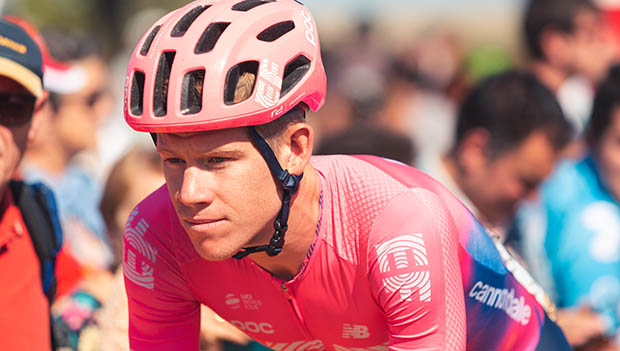 Besides maybe the Tour de France, the Olympic Games is the biggest stage for the sport of cycling. It’s when countries from around the world send their brightest stars to compete for Olympic glory, and athletes rally together to support the common goals of their fellow countrymen and women (instead of supporting their professional teams).

This year is shaping up to have some real fireworks, as the level of talent is some of the strongest in recent memory—especially for the American squad (more on this below). And since the Games have been pushed from 2020 to 2021, athletes are more ready than ever to compete and add their names to the history books.

While these events will undoubtedly be must-watch for any cycling fan, they have added some fresh new sports into the fold too, including sport climbing, karate, surfing and skateboarding, with baseball and softball making their return as well.

But we all know (OK we might be a bit biased) the Games belong to the cyclists, so we outlined an overview of the cycling events in Tokyo, including where they’ll be racing, who’s representing Team USA and how to watch.

Unlike other sports, the Olympic cycling events take place in a couple different venues depending on discipline.

The road course for both men and women is mountainous, so the course greatly favors the climbers in the peloton. The men’s race is 234 km and includes an elevation gain of 4865 meters (climbs Mount Fuji and the Mikuni Pass), and the women’s race is 137 km and gains 2692 meters of elevation (features the Yamabushi Tunnel and Kagosaka Pass).

The individual time trials feature the same course for both men and women, but the men complete two laps and the women one. It’s 22.1 kilometers in length and isn’t flat like most ITT events—athletes will face a significant 846 meters of elevation gain.

Note both the ITT and road races take place just after the Tour de France, so it’ll be interesting to see how this impacts some of the favorites like Primoz Roglic, Tadej Pogacar and Miguel Angel Lopez.

The Olympic mountain bike events will take place at the Izu Mountain Bike Course—a 4.1 km cross country-style loop that includes about 150 meters of elevation gain. Like the ITT, this will be a tough course for athletes.

An event that doesn’t get enough recognition in our opinion, the BMX events (both freestyle and racing) are always a must-watch for not just cycling fans but action sports fans in general. All the events will be held at the Ariake Urban Sports Park near the Athletes’ Village—a 400-meter course that features a steep start hill, banked corners and jumps.

At the road races, any of the American athletes might have their day, but keep an eye out for Craddock and Brandon McNulty to throw in some attacks in the men’s race, and Dygert and Leah Thomas and Ruth Winder to be in the mix for the women.

For the track events, Dygert will yet again be one to watch in the women’s team pursuit, as well as five-time World Champion and 2016 Olympic silver medalist Jennifer Valente. The men will be represented by Gavin Hoover and Adrian Hegvary.

Olympian Chloe Woodruff will be the favorite representing the United States in the cross-country MTB events, and Christopher Blevens will be hammering it out in the men’s race.

Since most of us will be cheering on the American athletes from here in the United States (the organizing committee is restricting overseas spectators), you can catch all the action exclusively through NBC. This includes all the streamable Olympics content on the NBC Peacock app, as well as the national NBC channel.

We listed the tentative dates for each discipline below, and while times may change, the national broadcast schedule can be found here. The NBC Sports YouTube channel is another great way to catch highlights at any time without waking up before dawn to watch them live and in full.

For fans of two-wheeled sports, there’s plenty of action spread throughout this year’s Games. The BMX freestyle events take place between July 21 and August 1, the BMX racing events take place on July 29 and July 30, the mountain bike races are on July 26 and July 27, the road races and ITT events are from July 24 through July 28 and the track events are from August 2 through August 8.

READ THIS NEXT: What to Know About Triathlon at the Tokyo Olympics