What's an Ideal Taper for Cyclists? 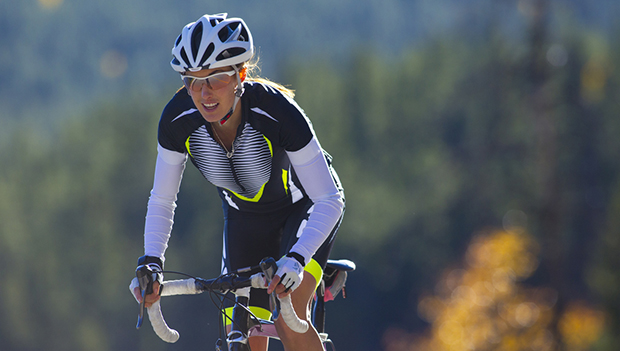 Taper can be defined as a reduction in training with the goal of making the athlete sharp at the end of taper. The goal of sharpness is optimizing fitness for a stellar performance at an important race.

With that general definition in mind, let's first take a look at science, then at the practical applications for cyclists.

More: What to Do the Week Before Your Race

Physiological and Performance Benefits of Tapering

In general, most scientists agree that when reducing training volume, it is best to keep some amount of intensity in the training. A good illustration of this principle is in a study on highly trained middle-distance runners. The study examined performance and physiological changes following three different taper techniques.

Nine male runners were randomly assigned to one of three different taper groups, following eight weeks of training. The groups included a high-intensity, low-volume taper (HIT), low-intensity, moderate-volume taper (LIT) and rest-only taper (ROT). After the first testing period, all runners resumed training for four weeks and completed a second taper—assigned to a different group. After the second taper, there was another four-week period of training and a third taper, with all runners assigned to yet a different group. This is important because each runner was subjected to all three methods of taper.

The performance testing included a treadmill run to fatigue, with the treadmill speed set at the individual runner's best 1,500 meter time. Strength and contractile properties of the quadriceps muscles were measured before and after each taper. Muscle glycogen concentration, citrate synthase activity using needle biopsies, total blood and red cell volume were also measured.

Citrate synthase (considered a pace-making enzyme in the first step of the Citric Acid or Krebs Cycle) activity also increased significantly after HIT and decreased after ROT.

Finally, the marker most athletes are concerned about, performance running time to fatigue, increased significantly after HIT (22 percent). Scientists noted that performance was considered unaffected by LIT (6 percent) and ROT (minus-3 percent).

Several studies look at the physiological changes of tapering and there is too much information to review in this column. One study worth mention found that tapering affected metabolic changes of the muscle at the single fiber level.

More: Why Rest Is Important