This activity is closed to further registration.

The Open League is the Stephen C. West Ice Arena's most competitive league division with many former D1 college, junior hockey, and Tier 1 or 2 high school hockey players. Players in this division typically play in the Winter "A" and "B" Leagues. Challenges for eligibility based on playing ability are not entertained. There is no gender requirement for this league.


This is a draft system and each player will pay as an individual. The cost is $180 per player. Only paid players from other teams will be allowed to substitute.
The Open League consists of (3) three, 15 minute stopped periods. This is a non-checking league. Players must understand the rules of the game and the action is fast-paced. Two officials are used for each game.
The Open League primarily plays on Wednesday evenings. Welcome Drop-in is Wednesday, June 9 from 7:00-8:15pm Draft is Thursday, June 10. Draft results released Friday, June 11. Games begin Wednesday, June 16.
The season consists of (10) ten regular-season games. The top (4) four teams advance to a single-elimination playoff followed by one championship game. Playoffs will be held Wednesday, August 25. The championship game will be held Wednesday, September 1.
NOTE: All game times and days are subject to change.
The last day to register is May 30. The deadline has been extended to June 9.
The cost is $130 per player. 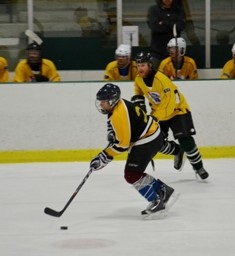